The Earls Of Leicester 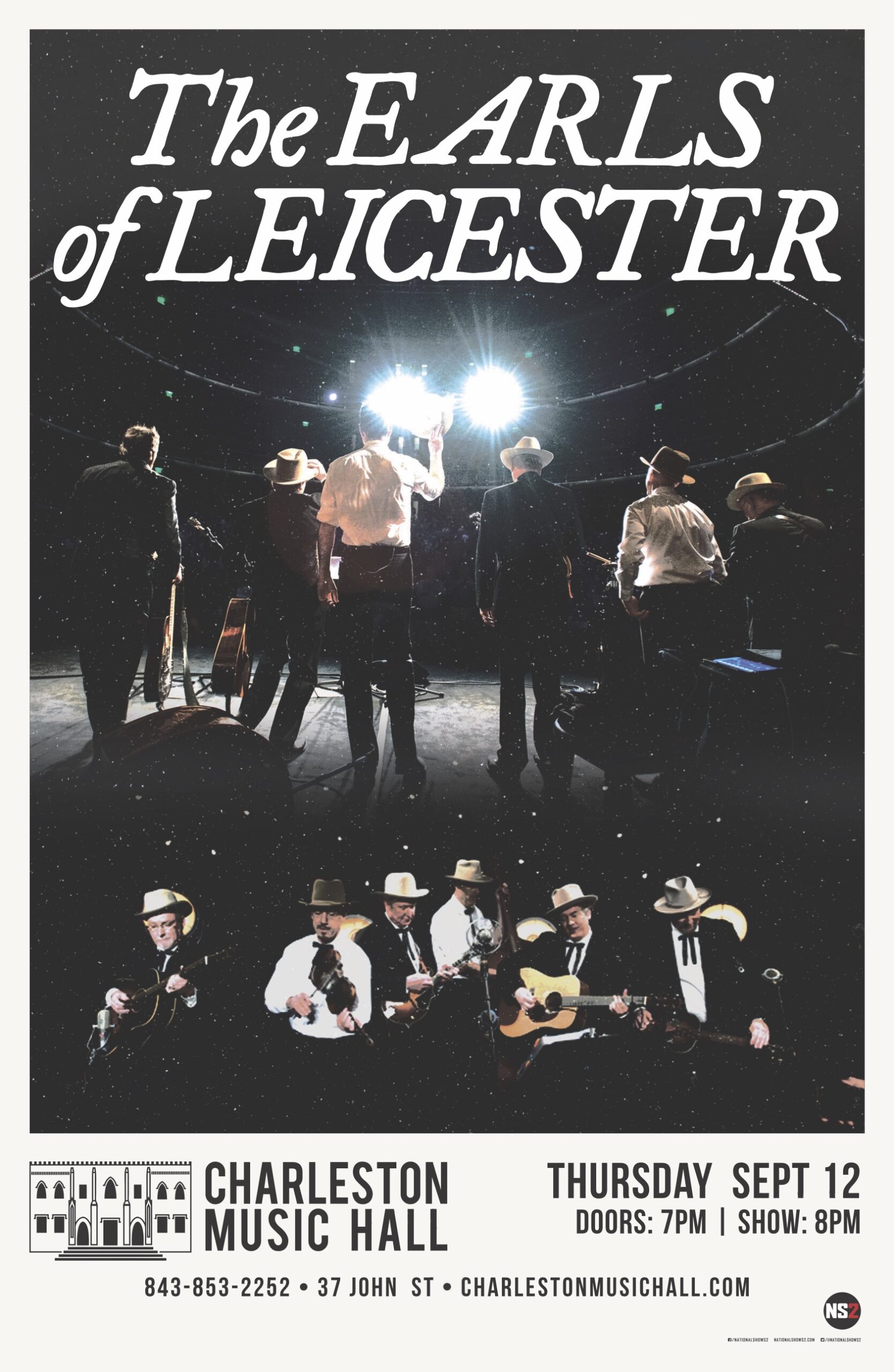 The Earls Of Leicester

When the Earls of Leicester formed in 2013, their mission was ambitious but exact: to preserve and promote the legacy of bluegrass legends Lester Flatt and Earl Scruggs, in hopes of reviving the duo’s music for longtime admirers and introducing a new generation to their genre-defining sound. Within a year of releasing their self-titled debut, the Nashville-based six-piece far surpassed their own expectations, winning a Grammy Award for Best Bluegrass Album and earning six awards from the International Bluegrass Music Association. Now, with their first live album, Earls of Leicester offer up a selection of songs that fully capture the pure joy and supreme musicianship that propel their every performance.

Recorded over two nights at Nashville’s CMA Theater, The Earls of Leicester Live at The CMA Theater in The Country Music Hall of Fame bears a boundless vitality that makes songs from over a half-century ago feel irresistibly fresh. Despite the band’s painstaking precision in recreating the catalog of Flatt and Scruggs’s Foggy Mountain Boys, the album unfolds with an easy warmth that honors the essence of traditional bluegrass, which Douglas describes as “music that was meant to be played on back porches.” Earls of Leicester Live is also accompanied by a DVD that shows the complete splendor of their live set: the throwback attire, the off-the-cuff but illuminating between-song banter, the relentless hotfooting required of their stage setup. “Our goal is to go out and reacquaint everybody with the music of Flatt and Scruggs just the way they did it, which means fewer microphones and a good amount of choreography,” says Douglas. “We’re trying to put as much as we can into the music before it even reaches the speakers.”

Made up entirely of songs from 1954 to 1965, Earls of Leicester Live combines classic tunes with more obscure numbers unearthed thanks to the band’s encyclopedic familiarity with Flatt and Scruggs’s body of work. To that end, the setlist includes notorious crowd-pleasers like “Martha White Theme Song” (originally penned as a jingle for Martha White Self-Rising Flour) and “Foggy Mountain Breakdown” (a breakneck-paced, banjo-driven instrumental popularized thanks to its use in Bonnie and Clyde), as well as the harmony-laced “You Can Feel It in Your Soul” and the sweetly crooning “All I Want Is You.” Earls of Leicester Live also serves up several tracks integral to Flatt and Scruggs legend—including “I’m Gonna Sleep with One Eye Open,” a song famously banned from the Grand Ole Opry—along with more oddball offerings like the gracefully sprawling two-part instrumental “Steel Guitar Blues/Spanish Two Step.” And in one of the album’s most poignant moments, the Earls of Leicester deliver the wistfully lilting “Reunion in Heaven”—a song the band performed at Foggy Mountain Boys mandolin player/vocalist Curly Seckler’s gravesite earlier this year, as per Seckler’s personal request.

Throughout Earls of Leicester Live, the band wholeheartedly channels the spirit of Flatt and Scruggs while allowing each member’s distinct charm and singular musicality to shine through. And though their unbridled passion instantly stirs up a freewheeling energy, a closer listen reveals the profound mastery of skill infused into each performance. “This is the result of years and years of trying out different instruments, different string gauges, different techniques to try to create these sounds,” Douglas notes. In that process, he adds, the Earls of Leicester eventually dug up decades-old instruments in order to achieve the ideal texture and tone they were seeking. “Everybody in the band plays something old,” says Douglas. “This music just sounds so much more true to form when it’s played on old instruments.”

For Douglas—a 14-time Grammy Award-winner who founded the Earls of Leicester and produces all their material—that approach builds on a lifelong dedication to studying the music of Flatt and Scruggs. Soon after hearing the Foggy Mountain Boys at age seven, he devoted himself to deconstructing their recordings, paying particular attention to the captivating Dobro work of Josh Graves. “I remember sitting by the record player and trying to figure out what Josh Graves was doing,” he says. “There was no one to teach me, so I just had to listen.”

Douglas attended a number of Flatt and Scruggs concerts as a kid, and later played with each musician on separate occasions. Although his own prolific career as a musician and producer has kept him more than occupied over the years—including appearing on more than 1,600 albums, recording with the likes of Ray Charles, Dolly Parton, and Elvis Costello—Douglas was unable to shake his vision of one day revisiting the music of Flatt and Scruggs. “I probably could have stayed focused on everything else I’ve got going on, but this just haunted me,” he says.

As Douglas points out, the most crucial factor in forming the Earls of Leicester was replicating the lightning-in-a-bottle chemistry that long fueled Flatt and Scruggs. “I looked for years to find the group I needed for the alchemy to work,” he says. In the end, Douglas landed on the lineup of Shawn Camp (Garth Brooks, Blake Shelton), Jeff White (Vince Gill, Loretta Lynn), Charlie Cushman (Jimmy Martin, Mel Tillis), Johnny Warren (son of Foggy Mountain Boys’ Paul Warren), and Barry Bales (Alison Krauss & Union Station)—and found himself beyond floored by their immediate synergy. “I had to stop the band in the middle of the first song, because I was scared to keep going—it felt like Flatt and Scruggs were going to jump right out of the wall,” he says in reflecting on their first meeting. “I’d hoped it was going to be even half that good, and it ended up just taking my breath away.”

With The Earls of Leicester arriving on New Year’s Day in 2014—and later amassing its many accolades, including Album of the Year at the 2015 International Bluegrass Music Association Awards—the band released their acclaimed sophomore album Rattle & Roar in July 2016 and, at the 2017 IBMA Awards, took home the Entertainer of the Year prize for the third year in a row. But for Douglas, the most rewarding aspect of Earls of Leicester lies in playing for a live audience and witnessing their reaction firsthand. “One of the biggest payoffs for me is playing this music for younger people, and watching them fall in love with it,” he says. “And even better than that is having the older folks come up to me and tell me, ‘I never thought I’d get to hear that music again.’ That’s when I know when we’ve really done our job.”

On Earls of Leicester Live, that generation-spanning appeal is undeniable, with the band’s sheer delight and wonder as infectious as each indelible melody. And as the Earls of Leicester transport the audience into a much simpler era, the album ultimately fosters a tender connection with the past, a sense of promise for the future, and a newfound solace in the present moment. “This music conjures up my childhood—it drops me off into a kinder, gentler place, and I think it should do that for everybody,” says Douglas. “When people come to see us, we want them to forget about the outside world and all the stress or strife that goes along with it, and hopefully hold onto that feeling for a while even after the show’s over.” 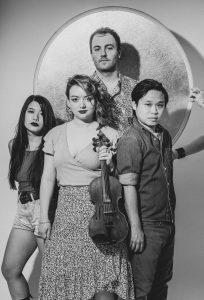 Praised by NPR for their “upbeat, poppy vibe; energetic, driving rhythms” and “virtuosic solos,” Twisted Pine has quickly become one of the most acclaimed young string bands in the Northeast. Audiences across the US and UK have been drawn to their forthright songwriting, lush harmonies, musical daring, and charismatic appeal.

Steeped in traditional music, these musicians are also fearless, tuneful improvisers and passionate lovers of pop. Fiddler Kathleen Parks’ command of the vocal mic is as charming as it is gutsy. On her instrument, Parks is an insatiable risk-taker, seeking out exciting new musical territories. Mandolinist Dan Bui is a master of melody and drive, celebrated widely for his dexterous, tasteful picking. And bassist Chris Sartori holds down the low end and a lot more, introducing creative, funk-inflected cadences that never overwhelm the beat.