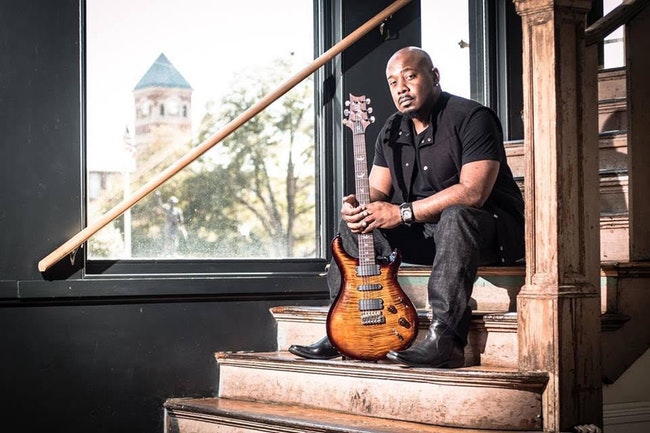 Terence Young has earned the reputation of one of the most talented and electrifying Lead Guitarist in the world. He has released 10 cds to date, ranging from Smooth Jazz and R&B, to gospel, Christmas, instrumental rock, and his original guitar compositions.

Terence has been called on to perform the National Anthem at the NBA and various college Games, and he was the featured artist at the NAMM, the National Association of Music Merchants. He has received several prestigious awards, including a Humanitarian Award.

A native of Elko, SC, Terence Young now resides in Columbia SC where he manages The FINESSE BAND (TheFinesseBand.com), one of the top party bands in the Southeast, while still producing and performing his Jazz Concerts Nationwide. These shows are known as THE TERENCE YOUNG EXPERIENCE… Entertaining and electrifying are just two words Terence’s fans use to describe his shows. Be sure to catch The Terence Young Experience the next time he is in your area. You don’t want to miss it!