Every ticket for this show includes either a digital download or CD copy of Bruce Hornsby’s forthcoming album. You will receive an email with more details about this offer approximately 7 days after your purchase. 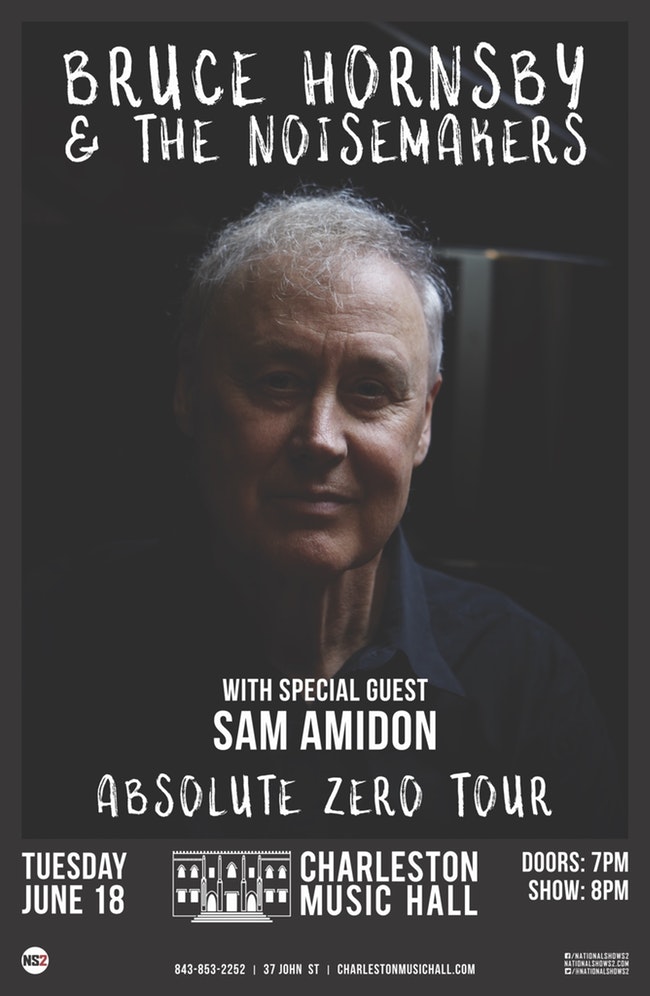 Tapping into many of the genres that have influenced Hornsby’s music over the years—pop, jazz, bluegrass, country and modern classical—these collections feature songs from previous releases such as Big Swing Face (2002), Halcyon Days (2004), and Levitate (2009) — as well as from Camp Meeting (2007), which featured bassist Christian McBride and drummer Jack DeJohnette, plus Hornsby’s acclaimed early releases such as Scenes From The Southside (1988), Hothouse (1995), and Spirit Trail (1998

The Noisemakers are bassist J.V. Collier, a twenty-year veteran of the band, as well as keyboardist/organist John “JT” Thomas and drummer Sonny Emory, who have played with Hornsby twenty-four and twelve years respectively. Summer 2014 marks the arrival of two new Noisemakers — fiddle/mandolin player Ross Holmes and guitarist Gibb Droll — as well as the departures of longtime members Bobby Read and Doug Derryberry. Holmes currently fiddles for Mumford and Sons, has played with hosts of Nashville titans as diverse as Ricky Skaggs and the Dixie Chicks, and has performed with symphonies in the United States and Europe. Droll has played guitar on various projects involving Keller Williams, Kevin Kinney, and Brandi Carlisle; he is also a composer, and painter.