An Evening with The Bacon Brothers 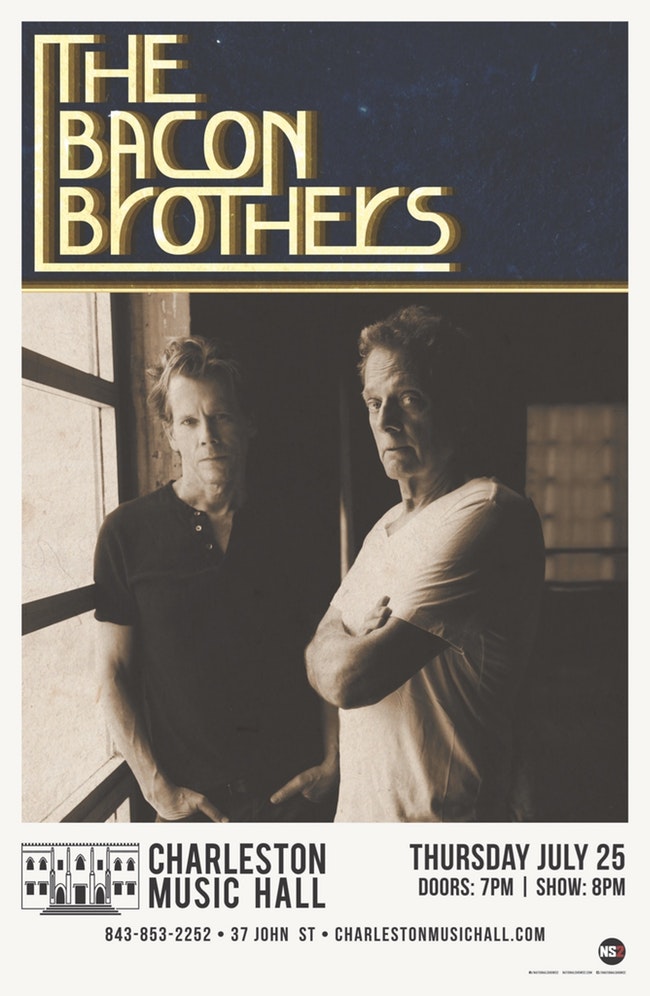 Most people would agree that there’s nothing stronger, more durable and occasionally, even more volatile, than the bond between brothers. And when that bond includes the common goal of making music, the results often offer reason for an audience to sit up and take notice. There have been any number of examples in music’s modern era — the Everly Brothers, the Beach Boys, the Kinks, and Oasis to name but a few. Not that it’s easy or even agreeable, but there is common cause, and that’s generally enough to ensure there’s passion and purpose in its creation.

Just ask the Bacon Brothers. Fiercely devoted to making music, even from an early age (they cite such influences as the Rolling Stones, the Beatles, Motown, Led Zeppelin, Philly soul, and James Taylor, with mentions from Michael of Pete Seeger, Jimmy Rogers, Chet Atkins, and the Jim Kweskin Jug Band, and additional kudos to Michael from Kevin for his input), the two siblings share a singular body of work that’s found them spending more than 20 years of working the road and paying their dues, resulting in nine albums – Forosoco (1997), Getting There (1999), Can’t Complain (2001), Live: The No Food Jokes Tour (2003), White Knuckles (2005), New Year’s Day (2009), Philadelphia Road (2011) 36 Cents (2014), and the eponymous, The Bacon Brothers (2018) — spanning rock, soul, folk and Americana. Never content to be typecast, they’re fiercely devoted to the cause of making music, undeterred by fame, fortune or the pitfalls that frequently obstruct the path to success.

It’s not that either brother lacks the means to steal the spotlight. Kevin Bacon is an award-winning actor with 80 films and dozens of television and stage credits to his name, resulting in numerous Emmy and Screen Actors Guild nominations cited in his resume. Older brother Michael initially began making music in their native Philadelphia before moving to Nashville where his songwriting career blossomed by leaps and bounds. An Emmy-winning composer, he most recently scored the documentary “That Way Madness Lies” currently on the festival circuit. Other recent works include the audiobook: “You Don’t Look Your Age…And Other Fairytales” and the HBO documentary “RX: Early Detection with Sandra Lee” which premiered at Sundance last year.

Still, while it’s clear that Michael and Kevin don’t view the band as simply a sideline, their commitment is clear. Indeed, the high points have been many. Kevin points to an opening slot for The Band at Carnegie Hall, surveying the Texas landscape in the midst of a lightning storm, rocking the Stone Pony on the Jersey Shore and Cain’s Ballroom in Tulsa. For Michael, it’s been all about touring in Germany and Japan, and the fascination he feels performing for overseas audiences.

So while casual observers may be awed by their Hollywood credentials, critics have been quick to note that the brothers – Michael on vocals, guitar and cello and Kevin on vocals, guitar and percussion — along with the band that’s been with them since the beginning — Paul Guzzone (bass, backing vocals), Joe Mennonna (keyboards, accordion), Tim Quick (lead guitar, mandolin and backing vocals) and Frank Vilardi (drums) — eschew any hint of glitz and glamour in favor of an ethic gleaned from the hard lessons come as a result of determination and drive.