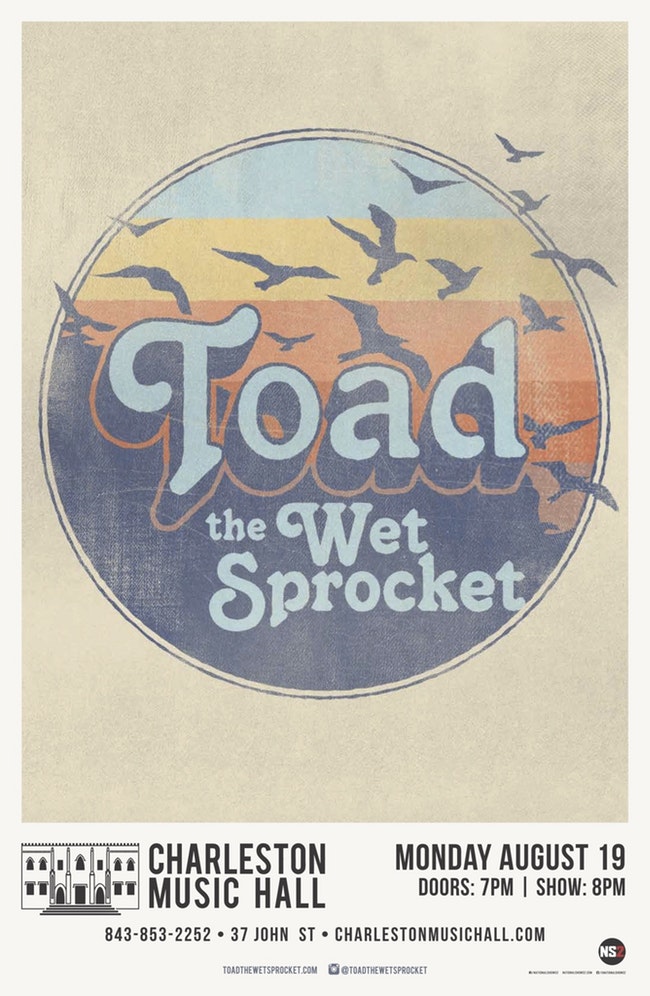 When Monty Python’s Eric Idle created the fictional band “Toad the Wet Sprocket” for the program “Rutland Weekend Television” in 1975, he never dreamed that anyone would actually use such a silly name. Fast forward to 1986, when four California teens adopted the monicker as a joke for their first gig at a Goleta, CA watering hole called The Shack.

Toad the Wet Sprocket (Glen Phillips on lead vocals and guitar, Dean Dinning on bass and vocals, Todd Nichols on lead guitar and vocals, and Randy Guss on the drums) share in the kind of musical chemistry that can only come from meeting in high school and writing, recording and touring on albums over the course of those 25 years. After Bread & Circus, they followed with Pale in 1990, fear in ’91, Dulcinea in 1994, and Coil in 1997, as well as some compilation and rarities compilations along the way. While most will feel the comforting familiarity of the Billboard-charting hits, “Walk on the Ocean”, “All I Want”, “Something’s Always Wrong”, and “Fall Down”, new fans will also be well familiar with their new hits such as “California Wasted” which continues to climb the charts.

Even with a period of the band members weaving in and out of each other’s musical lives, the same creative curiosity that inspired the band to form in 1986 has brought them full circle to come back together again. It’s official: TOAD IS BACK.