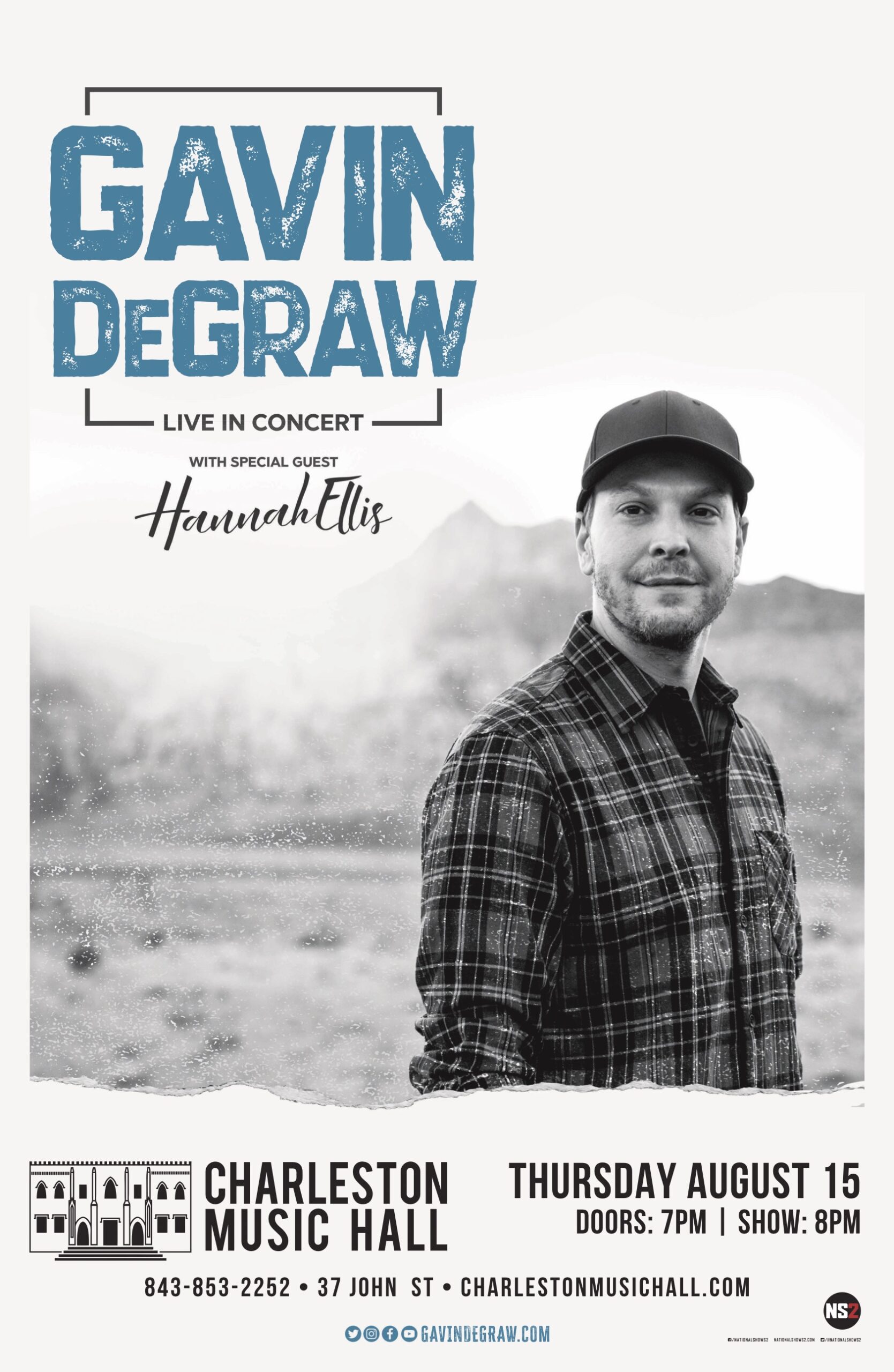 Gavin DeGraw is a multi-platinum selling singer, performer and songwriter.He first broke through with the 2003 release of his debut album,Chariot, which sold over 1 million copies, earned platinum certification, and yielded three hit singles: “I Don’t Want To Be,” “Follow Through,” and the title-track, “Chariot.” Gavin’s self-titled second album debuted at No. 1 on the digital sales chart and at No. 7 on Billboard’s Top 200 album chart in 2008, earning Gavin his first Top 10 album. It spawned the hit singles “In Love With A Girl,” which Billboard dubbed “a rocking homerun,” and the gold-certified “We Belong Together.” In 2009, Gavin releasedFreeasa gift to his die-hard fans clamoring for recorded versions of Gavin’s live favorites. His third studio album,Sweeter, was released in September 2011 and produced the smash single, “Not Over You,” co-written with OneRepublic’s Ryan Tedder.The track reached #1 on the Hot AC charts, was a top 10 hit on Top 40, and was certified double platinum.In2013, DeGraw released hisfourth studio album,Make A Move,which included the hit song “Best I Ever Had” and garnered rave reviews from such publications as Billboard, People and Entertainment Weekly amongst many others. In addition, Gavin was nominated for his first Grammy for “We Both Know,” the song he co-wrote with Colbie Calliat for the 2013 film, “Safe Haven.”Since then he has been consistently touring around the world, including sold out dates with the legendary Billy Joel.Gavin released his fifth studio albumSomething Worth Savingin September 2016 featuring singles “She Sets the City On Fire” and “Making Love with The Radio On.”

As Rolling Stone so cleverly put it, Hannah Ellis, is an artist for fans of “spontaneous declarations of love.” This Kentucky native is creating forward-thinking pop-country music, with a lyric that pulls from her real life and emotions. This approach has garnered Hannah some well deserved attention in the last year, being named one of CMT’s Next Women of Country as well as one of Rolling Stone’s “Artist’s to Watch”. Her single “Home and a Hometown” premiered on CMT earlier last year, and was featured on Wild Country and New Boots on Spotify. The single went on to be played “On the Horizon” on Sirius XM as well as charting in the Top 100 on Mediabase Country Charts as an independent artist. Soon after, Ellis was featured as the Spotlight Artist on The Bobby Bones Show on the Big 98.

Growing up in her small hometown of Campbellsville, Kentucky, Hannah was singing in every local competition she could get in, eventually leading her to compete in Season 8 of The Voice. Once returning to Nashville, she signed a publishing deal with Curb|Word Entertainment. Hannah has since had songs recorded by artists like Russell Dickerson, Danielle Bradbery and most recently, the current Cassadee Pope single, “If My Heart Had a Heart”. While writing full time, Hannah continues traveling and playing shows and signed with Creative Artist Agency at the end of 2017. She has spent time on the road opening for artists such as Dwight Yoakam, Montgomery Gentry, and Devin Dawson.You can see Hannah out this year on the CMT Next Women of Country tour with Clare Dunn and Cassadee Pope. Be looking for new music to be released in the spring.