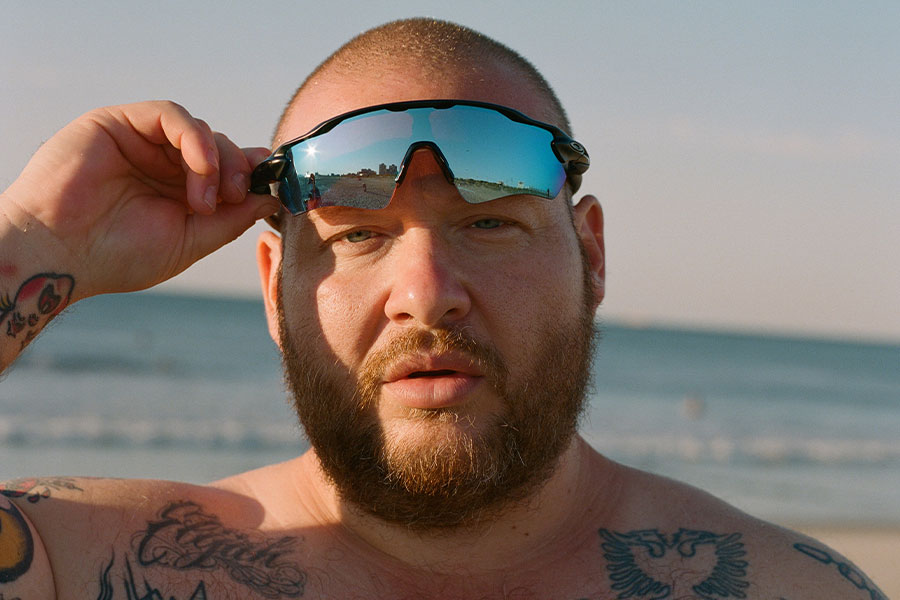 Known for detailed wordplay imbued with filth and humor, Action Bronson draws influence from the likes of fellow Queens native Kool G Rap and Wu-Tang Clan’s Ghostface Killah, and calls upon his past life as a chef to spit major culinary knowledge. The rapper emerged from the underground in the early 2010s and crashed the Top Ten of the Billboard 200 with Mr. Wonderful, his major-label debut, featuring the gold-certified Chance the Rapper collaboration “Baby Blue.” He has since expanded his reach as a television personality, author, and actor, and has juggled this work with continued artistic growth displayed on full-lengths such as Blue Chips 7000, the self-released White Bronco, and Only for Dolphins, his first album for Loma Vista. After Bronson issued mixtapes recorded with Party Supplies and the Alchemist, the rapper made his major-label debut on Atlantic (via Vice) in 2013 with Saaab Stories, a Harry Fraud-produced EP. Given an extra boost by appearances from Prodigy and Raekwon, two of Bronson’s key ’90s hardcore inspirations, the EP peaked at number six on Billboard’s rap chart. Another collaborative tape with Party Supplies was out by the end of that year. Bronson continued to stockpile guest verses on the way to third album Mr. Wonderful. The success of pre-release single “Baby Blue,” featuring Chance the Rapper, helped take the full-length to number two on the rap chart and number seven on the Billboard 200.