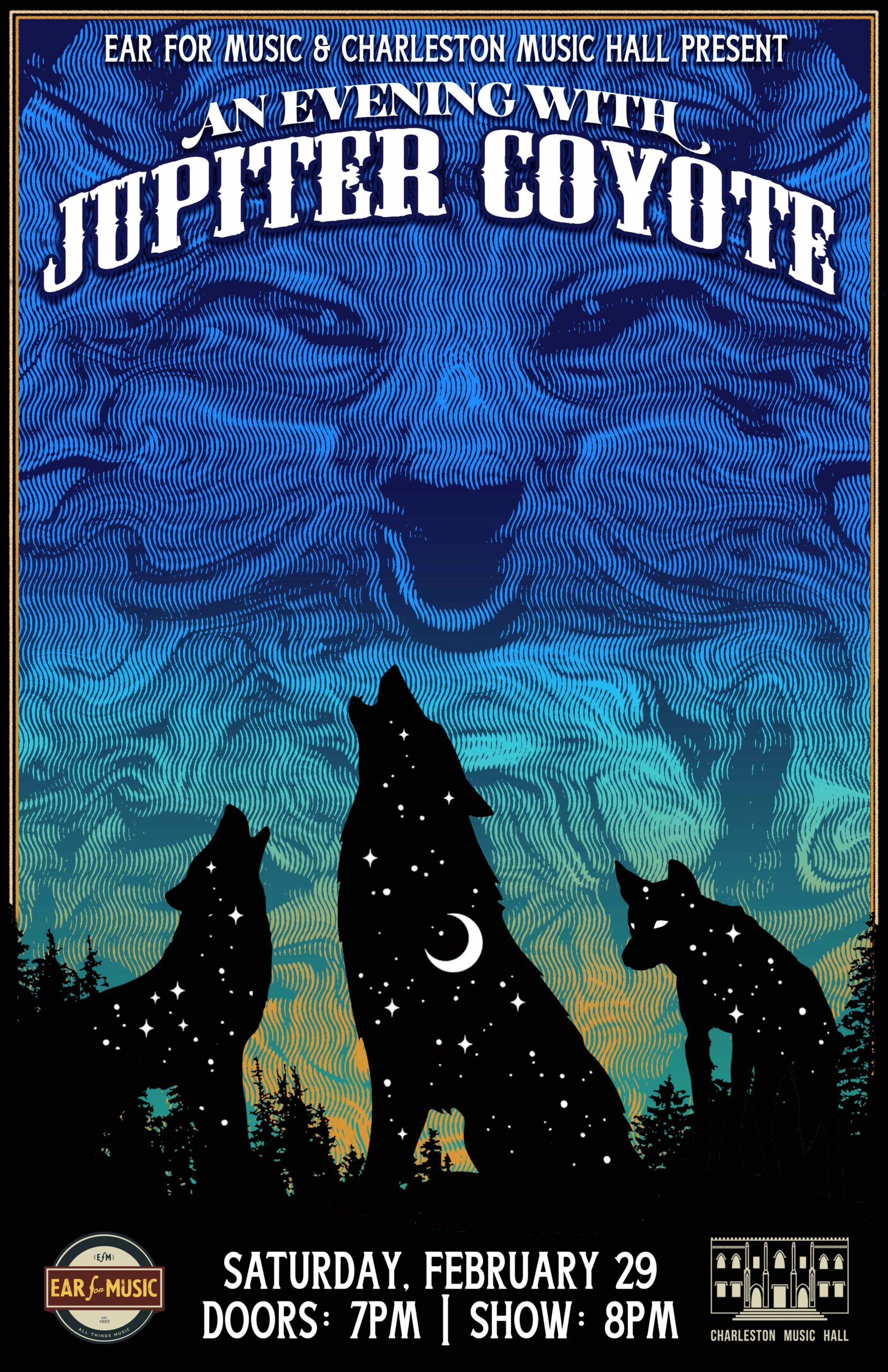 In the course of their 29-year history, Jupiter Coyote has played over five thousand shows, traveled everywhere and done just about everything a touring band can do. The innovative group has independently sold close to a million CDs, tens of thousands of downloads, and who knows how many bootlegs they cut loose to fans for free. JC is brand name, and a pioneering cornerstone in the jam band scene. They have been called the new twist in southern rock and they deliver it with a relaxed, worldly view. Their sound has been labeled “Mountain Rock” — a mixture of Southern Appalachian boogie, bluegrass-infused, funk-rock.

JC plays it the way they feel it — with little regard as to where they fall between the cracks of what is considered trendy and fashionable. A band prolific in its writing, skilled in its musicianship and congenial in its nature, they remain the prototype of the truly independent band. They handle all business in-house and own their own record label, which is distributed internationally through Red Eye Worldwide.

The group traces its roots to Brevard, N.C., where childhood friends Matthew Mayes (guitar, guijo, vocals) and John Felty (vocals, guitars) decided in 1988 to pursue a career in music. The duo headed to Macon, Ga., where they joined forces with drummer Gene Bass and bassist Sanders Brightwell. Steve Trismen (vocals, fiddle) joined the fold in 1999. A native of Boulder, Colo., Trismen’s playing melded neatly into the band’s sound and gave Coyote a new on-stage dynamic. Noel Felty took over for Bass on drums in 2001. Most recently, long-time JC sidekick John Meyer was added on lead guitar. Meyer is also the person who came up with the name Jupiter Coyote back when the band was first starting in Macon, Ga.   There is no band that really sounds like Jupiter Coyote. They have a guijo (banjo neck, Stratocaster body) an incredible fiddle player, and two fantastic slide guitar players. On top of that the band is currently touring with two drummers; Noel Felty and Gene Bass. Lot’s of vocal harmony and clever songwriting set these guys apart from the rest of the banal, jam band pack.

Currently, the band just finished its 8th studio album entitled “Life Got In The Way.” It was released Aug 4th, 2018 and cracked the i Tunes top 100 rock category first day out.