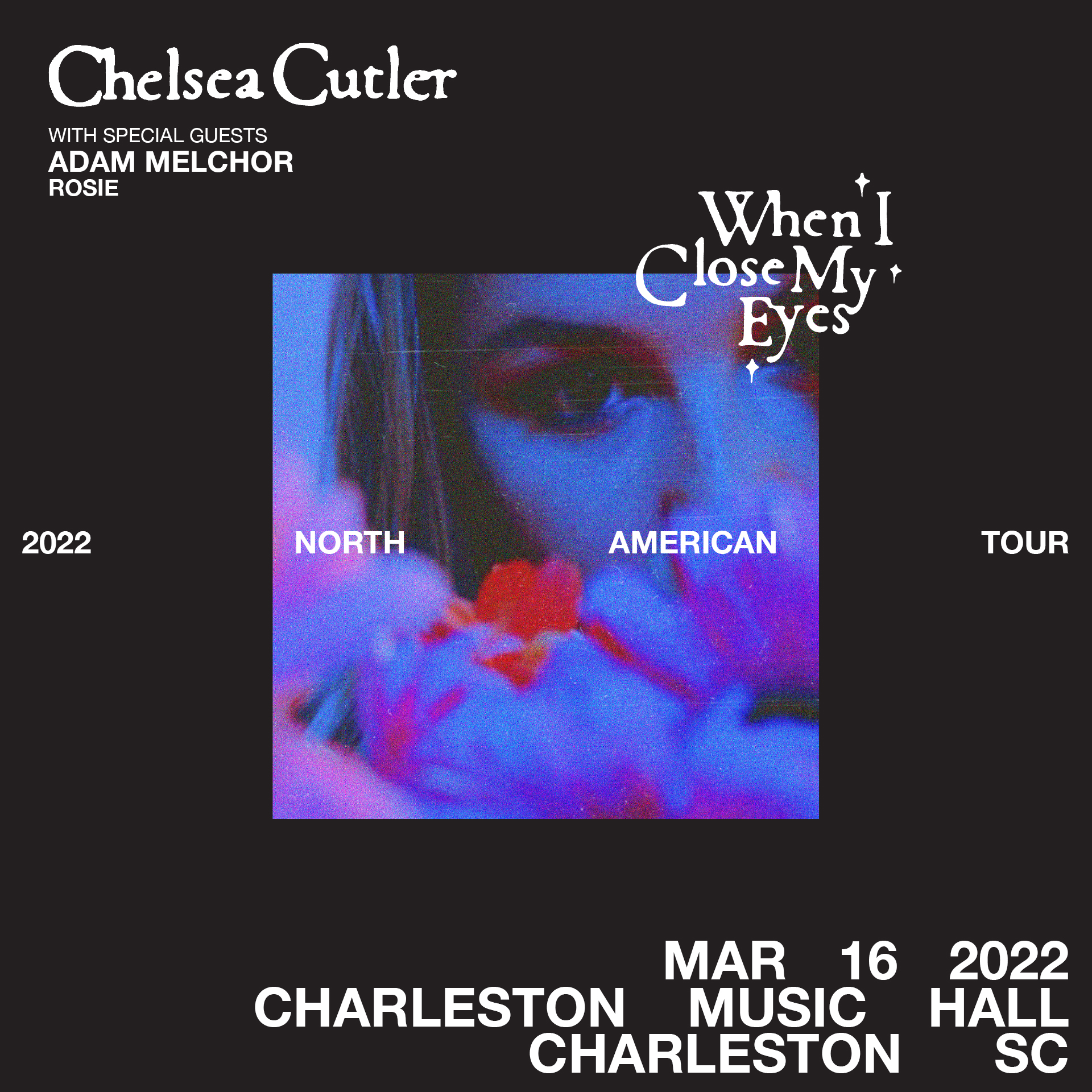 Based on the latest local guidelines, attendees are no longer required to provide proof of negative COVID-19 test AND/OR vaccination for entry into this event. Attendees are also not required to wear a mask. Please note: this may vary on an event to event basis.

Instantly-relatable lyrics and handcrafted lo-fi soundscapes have established Chelsea Cutler as a quiet, yet disruptive, force for popular music. Within three short years, the singer, songwriter and producer went from bedroom-constructed uploads to 2 billion-plus cumulative streams and acclaim from Billboard, Complex, PAPER Magazine, Refinery29, Ones To Watch and more. In 2017, her breakthrough single “Your Shirt” paved the way for her debut EP, Snow In October. Leaving college shortly after, she hit the road alongside Quinn XCII at the top of 2018 before kicking off a prolific string of releases, including the independently released mixtapes Sleeping with Roses and Sleeping with Roses II, leading to two completely sold-out nationwide headline tours in Fall 2018 and Spring 2019.

After signing to Republic Records at the beginning of 2019, she released the joint EP “brent” with close friend and frequent collaborator Jeremy Zucker which was led by the RIAA Certified Platinum single “you were good to me”. Later she featured on Kygo’s summer anthem “Not Ok” and spent the next few months playing major festivals such as Governors Ball, Bonnaroo, Lollapalooza and more. During that time, Chelsea was formulating her solo debut album, How To Be Human, which released on January 17, 2020, is a collection of songs that touch on both human emotions and the human psyche. She saw her debut on the Top 40 radio charts with the project’s lead single, “Sad Tonight,” and supported the album with another sold-out nationwide tour including 2 shows at Terminal 5 in New York City.

Later in 2020 during the pandemic she managed to safely reunite with Jeremy Zucker in upstate New York to create “brent ii”, their follow-up joint EP that later released on February 5, 2021, from which the two performed singles on The Today Show and The Late Show With Stephen Colbert. All the while, Chelsea was also working on music for a new project, which would ultimately become her sophomore album, When I Close My Eyes. Following the release of singles such as “Devil On My Shoulder” and “Calling All Angels” (with Quinn XCII), When I Close My Eyes was released on October 15 to critical acclaim. Now fresh off of her co-headline tour with Quinn XCII, which included two sold-out shows at Radio City Music Hall (NYC), The Greek (LA), etc. in September-October 2021, she will return to the road in Spring 2022 for another headline tour in support of her new album.

No filters, no Facetune, no Vsco, no makeup, no bullshit. What you see is what you get with 20-year-old singer-songwriter Rosie. “I want to be transparent. Everything is exactly as it appears,” she says. “The scale of emotions that everyone feels is such a spectrum. The bad days are equally as important as the good days. Be strong when you’re feeling strong, be vulnerable when you’re feeling vulnerable.

”Seeking to create a safe place online and through her music, Rosie’s willingness to get real struck a chord with millions. Her stripped back breakup ballad, “Never the 1”, amassed over 15 million views on Tok-tok highlighting Rosie’s songwriting prowess. Rosie sings, “I could write ten songs about nine ways you fucked me over. Only took you eight days to forget seven months together. We were up ‘till six in the morning, five days a week, you said 4ever then left before I counted to three. Loved you a little too much, but I was never, I was never the one.”

The clever, heart wrenching lyrics and Rosie’s soothing vocal performance atop a gentle piano instrumental captivated an audience who’ve adopted the song for their own catharsis.“Even if it was caused by so much pain, I’m happy that the thing I do out of necessity is something that others enjoy and can benefit from. From that heartbreak came every song on my EP. Most of that is from losing myself and having to basically restart as a human.

”The New York native has an uncanny ability to turn negative experiences like loss, betrayal, and criticism into jetpack fuelled motivation. “Something I’ve definitely never been afraid of is hard work,” says Rosie. A philanthropist, environmentalist, mental health advocate, classical violinist, guitarist, vocal producer, songwriter, and now major label recording artist, Rosie’s achievements come from her undaunted resilience -a retaliation against life’s harder realities. “I’m stubborn when I need to be,” she says.

When a professor said her music didn’t compete Rosie responded by taking on five to six co-writes a weekto prove her wrong. When questioned for her raw approach on social media, Rosie leaned in further committing to 100% unfiltered content.Raised in a musical family, Rosie began writing songs at age 12 and credits her parents and brother as her biggest supporters. “My mom grew up in theatre and dancing. My dad played bass, violin, and guitar,” she says. “My brother is a writer and producer as well.” Keeping it in the family, her brother Matteo now also doubles as her manager. “Matteo is my biggestmotivator.”

Signed to Arista Records, Rosie prepares for her next challenge -the release of her debut EP “20mg of Happiness” Having written 90 songs for the project’s consideration, it’s no telling where her insatiable resolve and open heart will take her next.