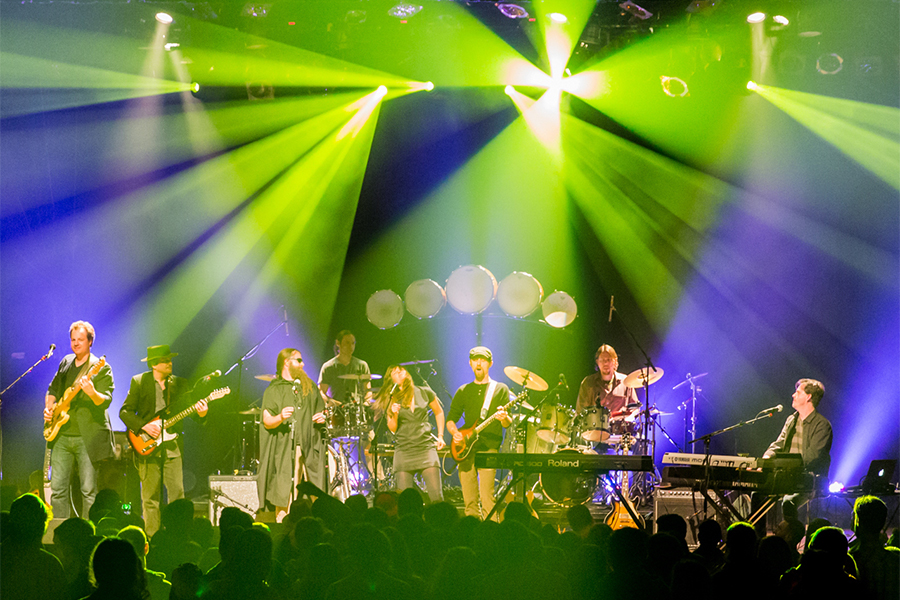 Pink Floyd’s legendary Dark Side of The Moon album has influenced countless musicians over the past five decades. Originally released March 2, 1973, Dark Side holds the record for most weeks spent on the Billboard 200. Come celebrate the album’s 50th Anniversary with Cosmic Charlie’s “Dark Side of The Dead” show!

“Dark Side Of The Dead” is a hybrid show featuring the music of both the Grateful Dead and Pink Floyd. The centerpiece of the show is a live performance of Pink Floyd’s legendary Dark Side Of The Moon. The album is performed start-to-finish, by the Cosmic Charlie “big band” that includes two drummers, 4 keyboards, backup singers & saxophone. Before and after the “Dark Side” album performance, Cosmic Charlie will offer up two heaping helpings of its signature high energy Grateful Dead.

Cosmic Charlie was born in the musical Mecca of Athens, Georgia. From its summer 1999 inception, the band has swiftly cemented its reputation as a band that puts a unique and personal twist on the Grateful Dead catalogue, a Dead cover band for folks that are ambivalent about Dead cover bands. Rather than mimicking the Dead exactly, Cosmic Charlie chooses to tap into the Dead’s energy and style as a foundation on which to build. The result is healthy balance of creativity and tradition, and both the band and its audience are taken to that familiar edge with the sense that, music is actually being MADE here tonight.