Event Is Online Only 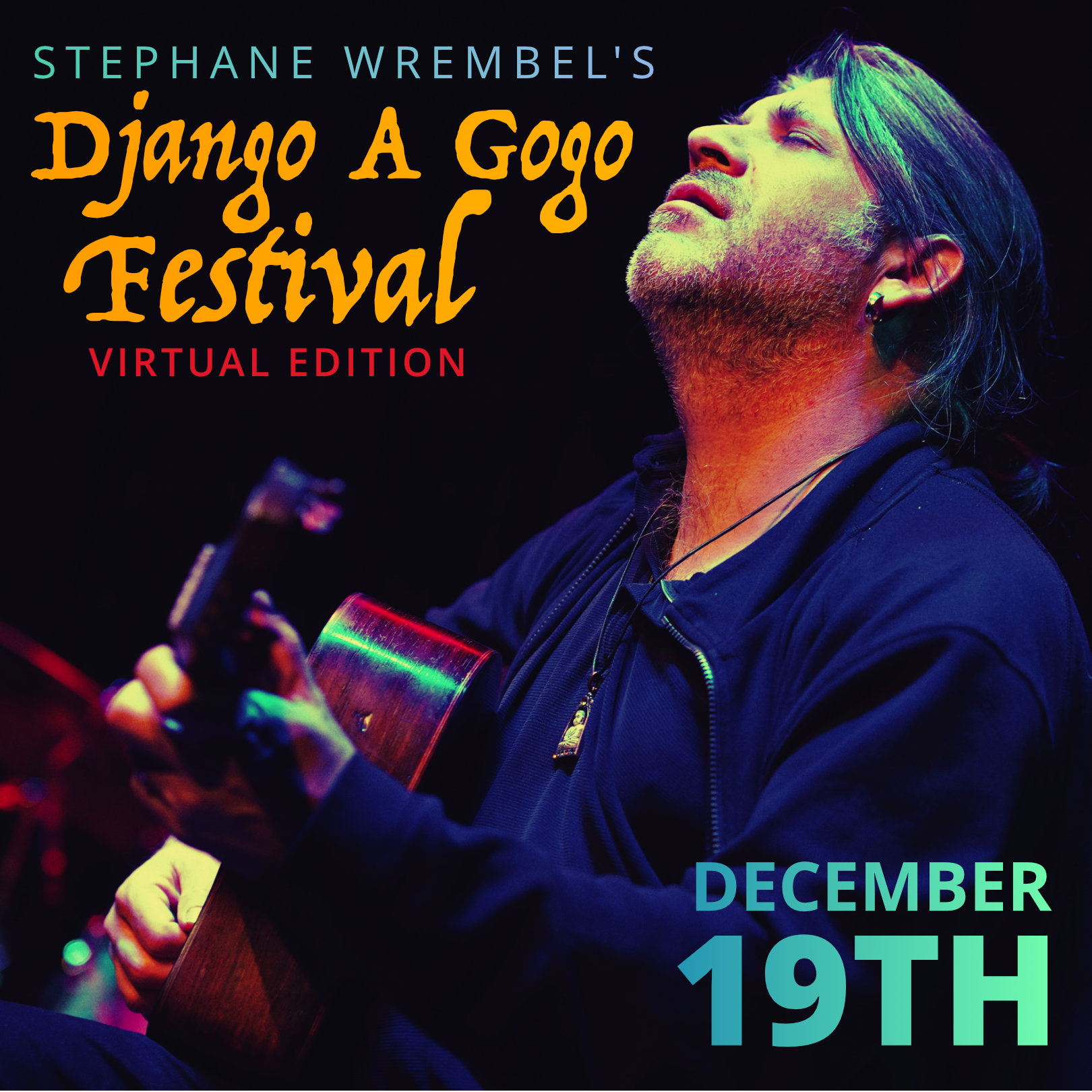 Stephane Wrembel, one of the most original guitar voices in contemporary music, presents Django a Gogo Festival celebrating the life and music of legendary musician, Django Reinhardt, with an interactive guitar workshop and two very special concerts.

Born in Paris and raised in Fontainebleau, the home of Impressionism and Django Reinhardt, Wrembel— who learned his craft among the Gypsies at campsites in the French countryside— has had a remarkable career. Since 2002, this prolific, virtuoso guitarist has released over a dozen recordings under his name and the nom de plume, The Django Experiment. Wrembel is best known for his original composition “Bistro Fada,” the theme song from the 2011 Woody Allen Academy Award® winning film, “Midnight In Paris,” which also won a Grammy Award® for the soundtrack. Subsequently, Wrembel was hand-selected by award winning composer/producer Hans Zimmer to perform at the 2012 Academy Awards® as part of his “All Star Band.”

Wrembel has been based in the NYC area for the past 20 years and since his studies at Berklee College of Music. He has toured around the world including venues and festivals in the U.S, Canada, France, Israel, Nigeria and India. Wrembel has headlined at Lincoln Center, recorded with mandolin legend David Grisman, toured with master violinist Mark O’Connor and shared stages with a long list of world renowned musicians.

In 2003, Wrembel created his own annual event, Django a Gogo Festival, where he and other musicians influenced by Django Reinhardt celebrate the Sinti guitar style. Django a Gogo is a world class evening of gypsy jazz performed at the highest level of musicianship. The concert repertoire follows the Django canon and veers into reinterpretation, improvisation and interplay between musicians from various backgrounds.

Django a Gogo has been presented at the legendary venues Carnegie Hall and The Town Hall in New York City. Now, you can experience the show (or shows) in the comfort of your own living room!

This event is presented in partnership with Water is Life Records, Arté Boréal, Town Hall, and Alliance Française Toronto – with the support of the Cultural Services of the French Embassy in the United States.

This guitar workshop is a master class on rhythm and improvisation in the context of the Django Reinhardt style. Improvising is often thought to be a relationship between scales and chords, but in reality it is about  inventing melodies on the spot.  How does a melody work? What is the role of harmony and rhythm in creating melodies? And how did Django Reinhardt conceive it?

The workshop is open to all ages, levels and instruments.  Participants will be able to submit questions to Mr. Wrembel to which he will respond.

A full 8 piece band will perform the traditional Django Reinhardt repertoire for the grand finale of Django a Go Go.  This supergroup, including Wrembel, Thor Jensen (guitar), Ari Folman Cohen (bass), Nick Anderson (drums), Nick Driscoll (saxophone and clarinet), Daisy Castro (violin) with special guests David Langlois (washboard) and Josh Kaye (oud and guitar), quite simply presents some of the most highly regarded jazz musicians in the country on one stage for a magical night of music in a setting conducive to improvisation with each musician pushing their own boundaries to evoke new interpretations of Reinhardt’s music as well as a few songs by other jazz and gypsy jazz composers.