NEW DATE: FOR YOUR EARS ONLY: A TRIBUTE TO THE MUSIC OF JAMES BOND 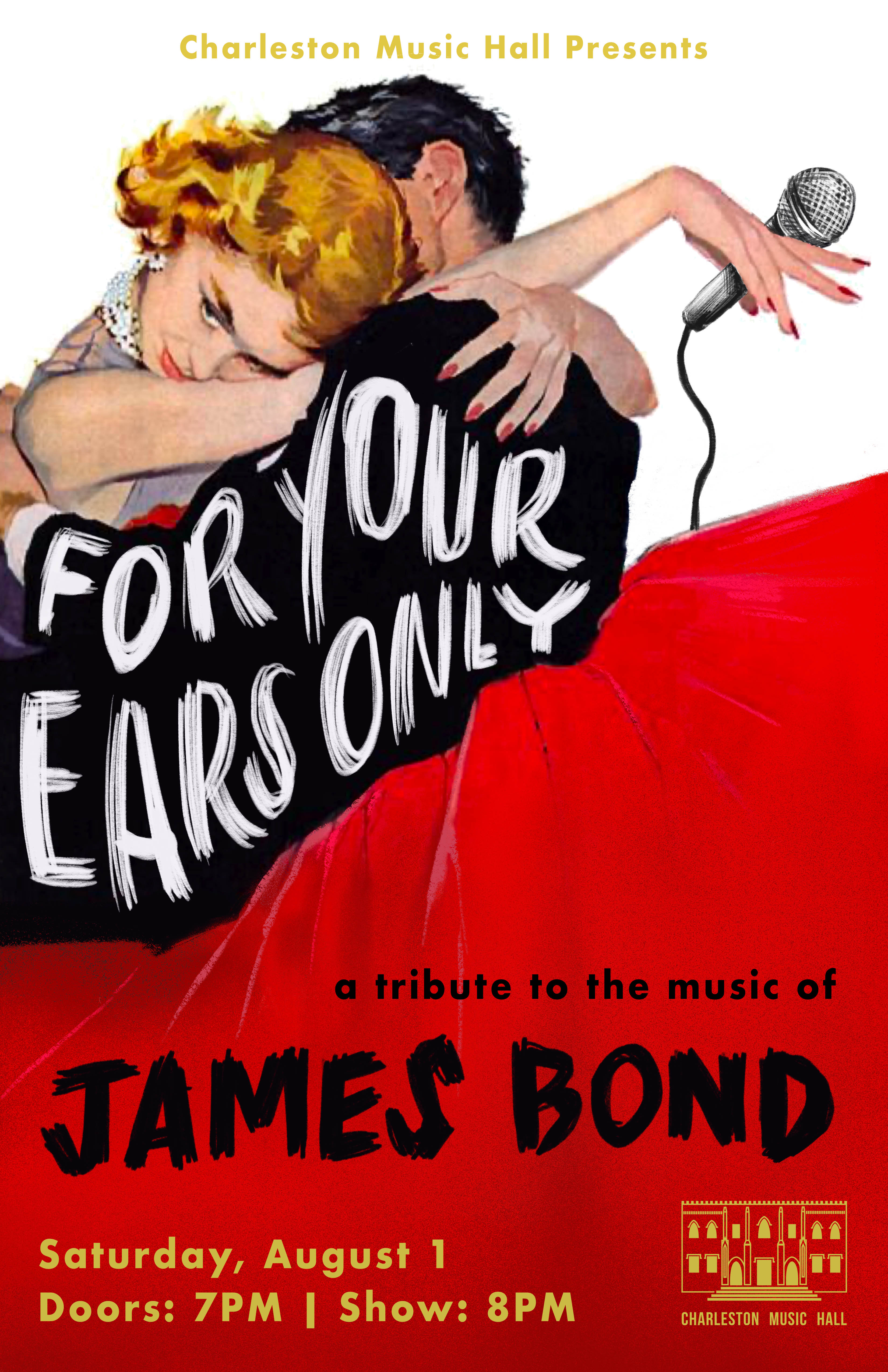 Due to the threat of the COVID-19 virus and under the guidance of federal, state, and local governments, For Your Ears Only: A Tribute to James Bond performance originally scheduled for Saturday, April 11 at the Charleston Music Hall has been rescheduled for Saturday, August 1. All ticket buyers are encouraged to hold on to their original tickets as these will be honored at the new date.  We apologize for any inconvenience this may cause and hope to see all of you with us at the Charleston Music Hall on Saturday, August 1.

The Charleston Music Hall is thrilled to team up with Lindsay Holler to present “For Your Ears Only: A Tribute to the Music of James Bond” on Saturday, April 11th at 8PM! Holler has put together a diverse band that will be playing 17 James Bond Intro songs from Dr. No (1962) to Skyfall (2012). We will be projecting the Bond videos for the intros during each song to create an immersive Bond Experience. 50 years of James Bond film and music come together in this one night only spectacle. An amazing array of artists have performed Bond intro songs: John Barry, Matt Monro, Tom Jones, Nancy Sinatra, Shirley Bassey, Paul McCartney, Carly Simon, Sheena Easton, Rita Coolidge, Duran Duran, A-Ha, Tina Turner, Chris Cornell, Alicia Keys & Jack White, Adele, and More! We will be announcing the set list over the next few months.

The band will consist of…

& more to be announced soon!

& more to be announced soon!

CANCELLED: JOURNEY THROUGH THE BAYOU: A FROG PRINCESS STORY

CANCELLED: JOURNEY THROUGH THE BAYOU: A FROG PRINCESS STORY