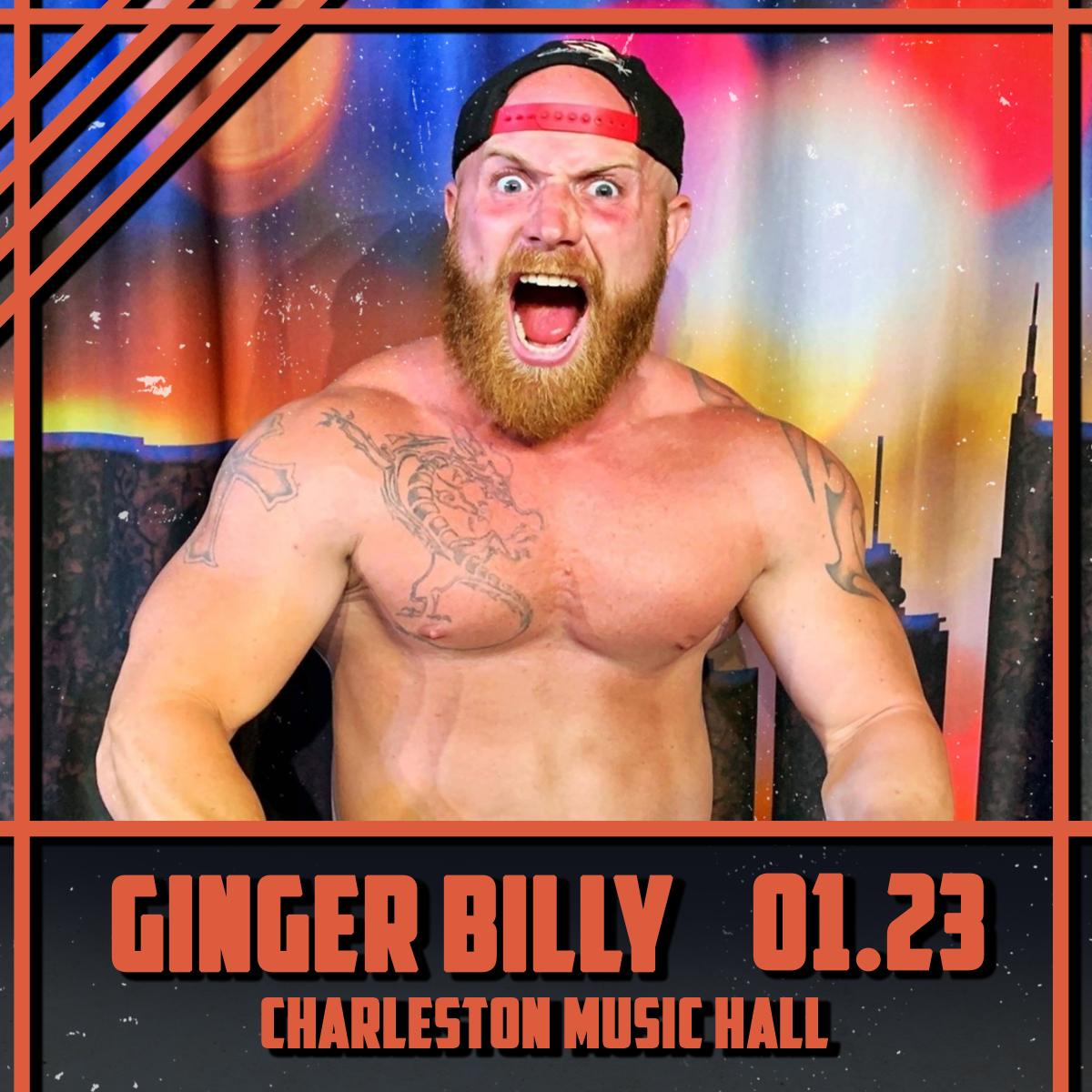 Due to unforeseen circumstances, the Ginger Billy event scheduled for January 23 has been cancelled.

ROMPERS, GNATS, AND SWAMPY, HOT SUMMER DAYS – THESE ARE JUST A FEW THINGS THAT GINGER BILLY FEELS STRONGLY ABOUT.

Shirtless and tattoed, the Ginger Billy gives viewers a humorous look into life in rural Upstate South Carolina. And he’s doing it all on his own.

He lives between Union and Lockhart, South Carolina, with his wife and family. For years, he says, he was a respiratory therapist. But one day, after the retirement of Dale Earnheart, Jr., he thought maybe he’d make a video.

After that, it was the men’s romper craze, so he went to JC Penny’s and bought the biggest girls’ romper he could find and did a video about that.

“I saw them city boys wearing one and I thought ‘I’m not going to let them beat me to the fashion punch’, so I got me one,” he says in the video. “Before you go judging anybody, you go get you one, cause this thing right here? It’s like the Swiss Army knife of clothing. And really, it fits your giblets down there too, if you’re a man. They’re really feeling R-rated right now.”

The video has almost 840,000 views on YouTube alone. He estimates it got between 40 and 50 million views across all social media channels.

From there, he said, things just took off.

The next thing he knew he was doing stand-up. A manager signed him on and got him a gig at a casino.

“I’d never done stand-up before in my life,” he says. “So the first time I ever did stand-up, he put me out on the stage and said ‘You’ve got five minutes in front of 4,000 people – have fun.’ It was a real sink or swim situation, you know?”

After that, he started touring with Catfish Cooley and others. It was a whole new world, he said.

“Every day I wake up and I’m just like, this is absolutely amazing. I mean, I’m a dude, you know, I grew up in a little blue-collar town,” he says. You’re supposed to grow up. You go to school then you work here. I am making a very good living doing videos and acting the total jackass.”

But the new life has come with some adjustments. People recognize him on the street, he said. And his life is now about making videos and planning on tour dates once Covid-19 passes instead of working to help people breathe.

For a while, he said, he was keeping his respiratory therapist job and licensing in his back pocket, just in case. But once Covid-19 hit, he had to focus entirely on comedy.

“With the restrictions and all, they said that if I was going to work, I had to shave my beard,” he says. “I make a lot more money with that beard than I do as a respiratory therapist.”

And while his new comedy career may be a surprise hit, it’s stressful, he says. Everything is dependent upon him being funny.

“It sounds cool, but it is the most stressful thing I’ve ever done in my life,” he says. “Because every day I have people walking up to me saying, ‘Man, I love you,’ which is the coolest thing in the world to me. … But the downside is that your income is based on you, that’s the thing. If I put out a video and it doesn’t get 5 million views, I think it’s a failure. Now I’m so picky at what I put out I think I hurt myself because I will work my butt off to make a video and then be like ‘That’s not good enough.’”

Regardless, the funny ideas keep coming.

“I will be sitting around and something just pops in my head. There is no rhyme or reason to it,” he says. “My brain’s just like, ‘Hey, you know what? Today, let’s do this. And it just happens.”

The only thing he won’t talk about, he says, is politics. The goal is to give people a place to breathe for a while.