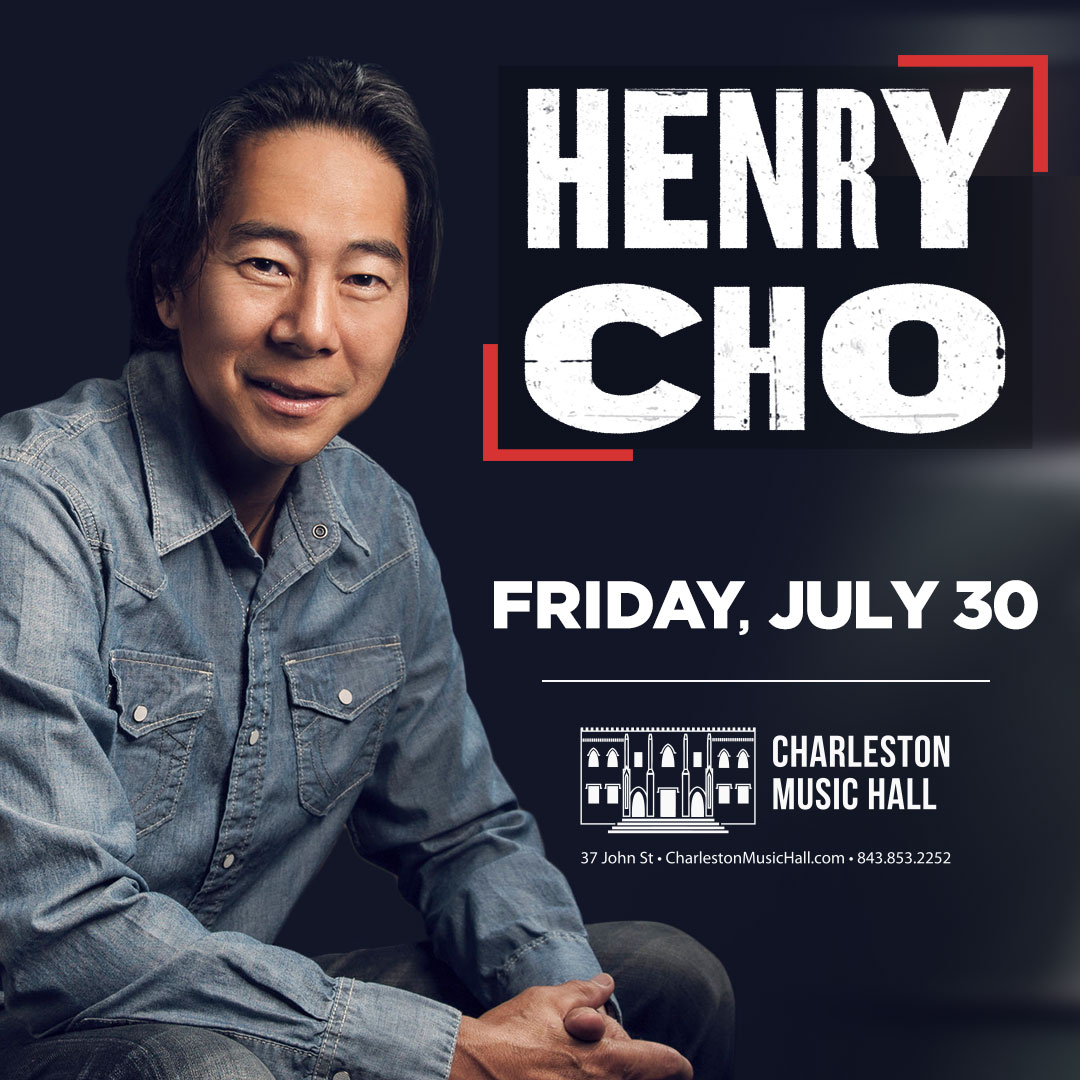 Henry’s TV credits include appearances on NBC’s The Tonight Show, CBS’s The Late, Late, Show, and NBC’s Young Comedians Special. He served two years as host of NBC’s Friday Night Videos and had many guest roles on various network sitcoms. Henry was co-creator, co- producer and co-writer of “The Henry Cho Show” on GAC.

Henry’s one hour Comedy Central Special, “What’s That Clickin Noise?” is currently running and on Netflix. Henry can also be heard daily on Sirrus, XM, Blue Collar Radio and Pandora. He’s also a regular performer at the Grand Ole Opry.

Some of Henry’s film credits include Universal’s McHale’s Navy with Tom Arnold and David Allen Greer; Say It Isn’t So with Heather Graham and Sally Field; and Material Girls with Hilary Duff and Angelica Houston produced by Madonna.

Henry was the keynote entertainer for The 59th Annual Radio & Television Correspondents’ Dinner and has worked extensively with Vince Gill, Amy Grant, Willie Nelson, Carrie Underwood, Reba and many, others. Henry’s clean comedy is so versatile that he can headline Vegas and then tour with Michael W. Smith.

Henry filmed the Faith-based Indy film “Saving Faith” in which he co-starred and also co-producer was released by Lions Gate. Henry has been nominated for Best Supporting Actor in a Feature Film by the International Christian Film Festival. Henry recently completed filming a Hallmark movie “The Farmer and the Belle- Saving Santaland”. He’ll start shooting a TV pilot, “Double Occupancy” early July and also a the film, “Cheyenne”. He’s working on his own project with Triple Horse Studios the guys behind “Case for Christ”.

Aaron is a standup comedian based in Nashville, TN. He is a regular performer at the Grand Ole Opry, making his debut in 2019 at the age of twenty-seven. Aaron is the youngest standup comedian ever to step into the Opry circle. Later that year, he made his television debut on the Opry’s Circle Network, hosting two episodes of Stand Up Nashville.

You can hear Aaron on The Nateland Podcast with Nate Bargatze and Brian Bates. Every week, the three Nashville-based comedians tackle important world issues like animals, calendars, and Rhode Island.

Born and raised in Montgomery, Alabama, Aaron graduated from Notre Dame in 2014 and still owes them thousands of dollars. He promises to pay them back when they win a National Championship.