Tickets can also be purchased at CharlestonJazz.com
Or by calling Charleston Jazz Box Office at 843-641-0011 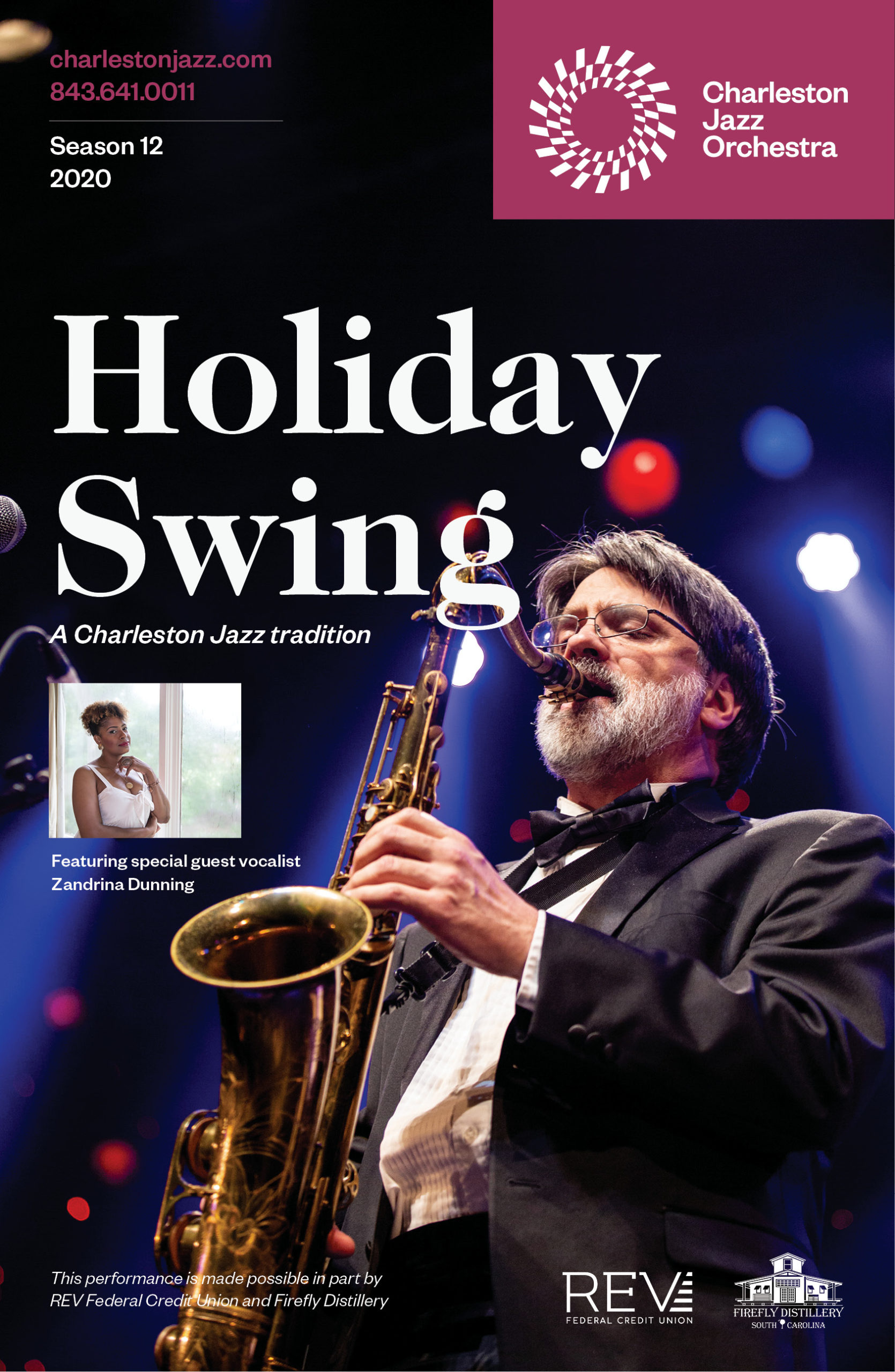 Maestro Robert Lewis and your Charleston Jazz Orchestra will swing you into the holiday spirit with big band arrangements of winter classics and holiday favorites. Add some jazz to your holiday cheer with this Charleston Jazz tradition!

BONUS: Includes access to the virtual performance which is available for all ticket holders for the rest of the year.

Zandrina Dunning is a professional singer/songwriter and event producer originally from Boston Massachusetts. She resides in Charleston, South Carolina performing all genres of music ranging from opera to soul/funk to country. She is a mother to her beautiful 9 year old daughter, London.

Zandrina has performed with local and national recording artists to include Multi-Grammy Award winner George Benson, Nashville singer/songwriter Patrick Davis, Darius Rucker & Mark Bryan of Hootie & The Blowfish, American Idol Season 11 finalist, Elise Testone, and more. She has performed at the legendary Ryman Auditorium in Nashville TN, the Lincoln Theater in New York City, and many other noted venues throughout the US and internationally. She more recently shared her gifts in Havana, Cuba with international jazz percussionist, Gino Castillo and was blessed with the opportunity to travel to to Monrovia, Liberia in May 2017 with the Save More Kids Foundation to teach music and perform with kids from Christ Children’s Home in Gbarnga City, West Africa.

Zandrina has been producing shows and events since 2013 to include tribute shows to Janet Jackson, girl groups from the 1970’s to today, Queen of Soul: A Tribute to Aretha Franklin, and she has most recently taken on the role of Associate Producer at South of Broadway Theatre Company in North Charleston.

Zandrina can be seen performing in and around Charleston with local bands and with her own project, The Zandrina Dunning Experience. She would like to thank her helping hands for the support she’s needed to be able to pursue a full time career in music and theater arts.