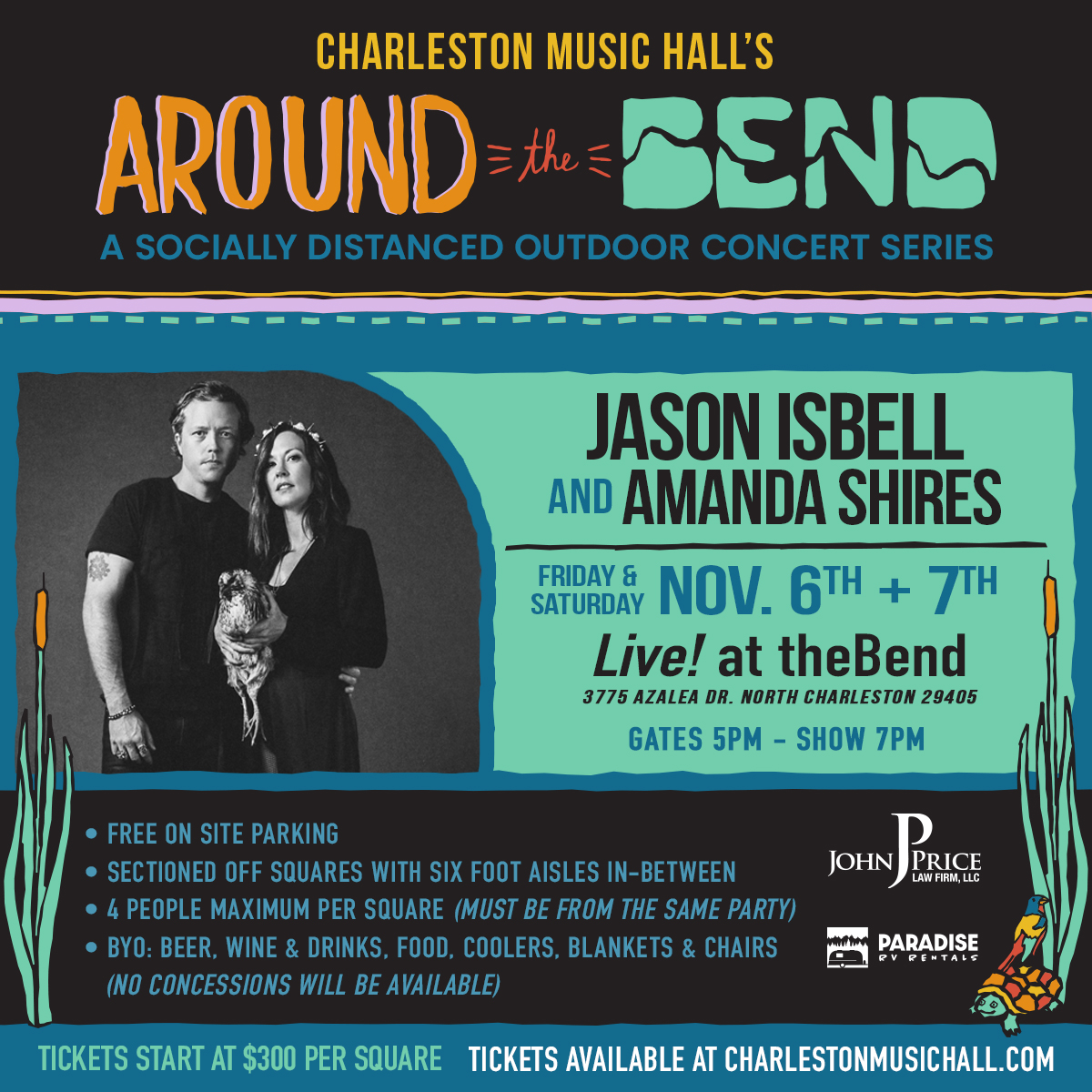 Originally from Green Hill, Alabama and now based in Nashville, Isbell is a four-time GRAMMY Award-winning artist and is widely renowned as one of the greatest songwriters of his generation. Garnering immense critical acclaim throughout his career, NPR Music calls him, “one of the finest singer-songwriters working at the intersection of folk, country and rock today,” and continues, “his songs have an exquisite, rawboned realism and deeply embedded class-consciousness,” while American Songwriter declares, “There’s no better songwriter on the planet at this moment, no one operating with the same depth, eloquence or feeling” and USA Today proclaims, “he has developed into one of the great American songwriters…in a world where most pop songs are lies, Isbell is determined to find truth.”

Since the release of his breakthrough solo album, Southeastern, in 2013, Isbell has won four GRAMMY Awards, nine Americana Music Association Awards and was selected as the Country Music Hall of Fame & Museum’s official 2017 Artist-in-Residence. Isbell became a member of the acclaimed collaborative movement The Highwomen (fronted by fellow members Brandi Carlile, Natalie Hemby, Maren Morris and Amanda Shires) and wrote “Maybe It’s Time”—featured in the award-winning 2018 film, A Star Is Born. His new album with the 400 Unit, Reunions, has received widespread critical acclaim. Rolling Stone called it “a rich portrait of an artist eternally searching deeper within himself.”

Critically acclaimed, Grammy-winning singer, songwriter and violinist Amanda Shires began her career as a teenager playing fiddle with the Texas Playboys. Through the years, she has toured and recorded with notable artists including John Prine, Billy Joe Shaver, Todd Snider, Shovels and Rope, Gregg Allman, Justin Townes Earle, Jason Isbell & the 400 Unit, and more. She has released five albums, the most recent being 2018’s To The Sunset, which was produced by Grammy-award winning producer Dave Cobb. In 2017, Shires was named the Americana Music Association’s Emerging Artist of the Year, and also supported John Prine on tour. As a member of Jason Isbell and the 400 Unit, Shires won a Grammy Award for Best Americana Album for the band’s The Nashville Sound in 2018. In 2019, Shires formed country supergroup The Highwomen alongside Brandi Carlile, Maren Morris,and Natalie Hemby. The group’s critically acclaimed self-titled LP debuted a #1 on Billboard’s Top Country Albums, and was praised by NPR Music, Rolling Stone, Variety, Entertainment Weekly, Vulture, Pitchfork, Esquire, amongst many others.