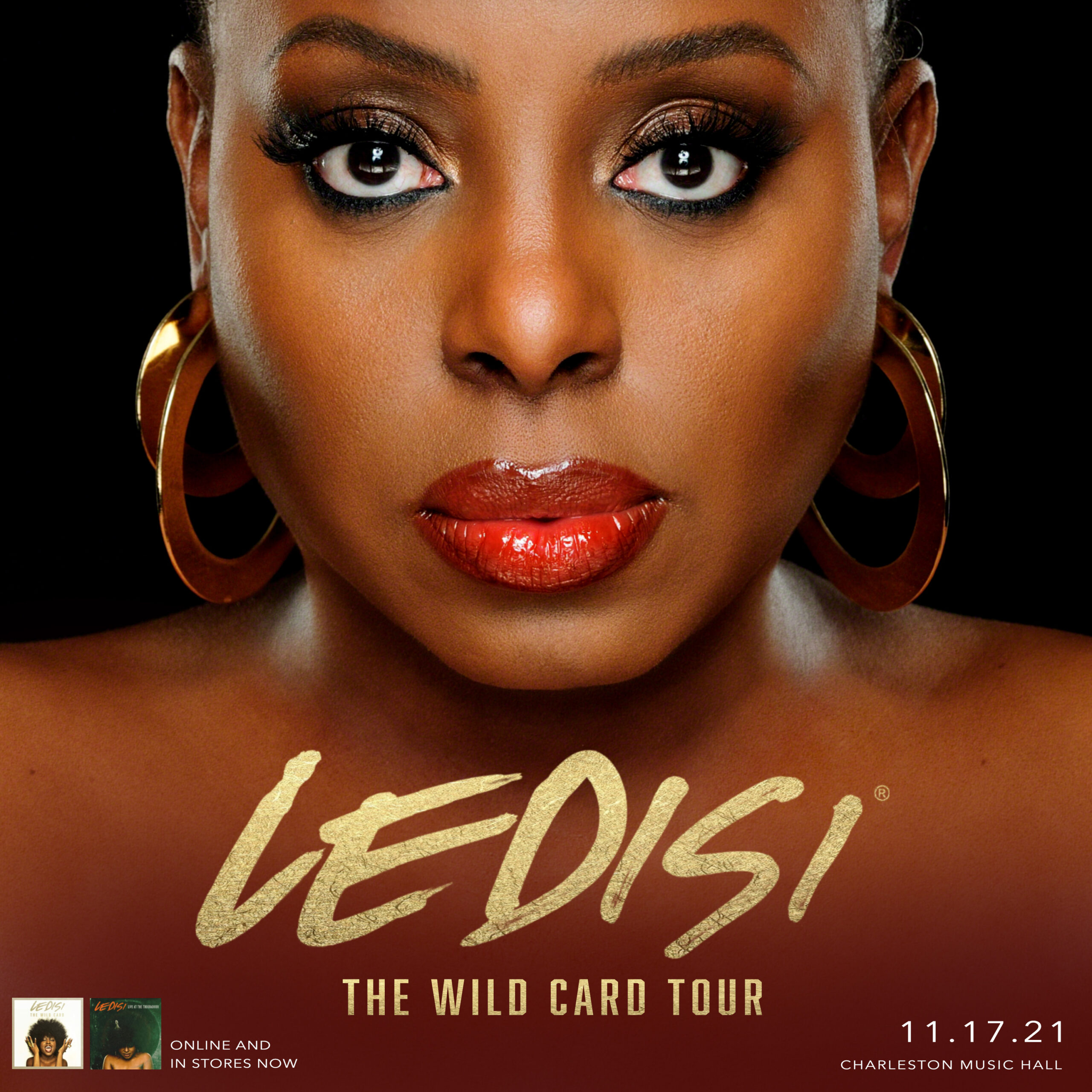 Born in New Orleans and raised in Oakland, CA, Ledisi has wowed fans with her unparalleled vocals ever since she burst onto the scene. She has truly earned a place in the pantheon of the greatest singers of her generation. Ledisi is a favorite of The Obamas and a long list of icons including the late-Prince, Patti LaBelle, Smokey Robinson, Stevie Wonder, Chaka Khan and so many more. She has headlined two nationally sold-out tours, performed alongside Dave Matthews, Kelly Clarkson, Vince Gill and Maxwell as well as jazz greats Herbie Hancock and Patti Austin.

No stranger to the film and television world, Ledisi landed her first feature singing in the George Clooney directed film Leatherheads. In 2015 she landed a role in the Oscar-nominated movie, Selma, portraying the great Mahalia Jackson and had a notable performance in Gabourney Sidibe’s Shatterbox Anthology film, “The Tale Of Four.” Ledisi secured her first major television role , playing the legendary Patti LaBelle on the hit BET series American Soul.

Ledisi has also been active in the theater, making her debut as a Radio and Washing Machine understudy on Broadway appearing in Tony Kushner’s Caroline or Change directed by George C. Wolfe. She helped workshop the Tony Award winning musical, The Color Purple and then began her recording career signing a deal with Verve/Universal Music Group. Ledisi returned to theatre in 2019 as The Ancestor, in the critically acclaimed off broadway musical, Witness Uganda by Griffith Matthews and Matt Gould, the role for which she received the LA Alliance Ovation Award nomination. Also in 2019, she co-wrote and co-produced her one woman show, “The Legend of Little Girl Blue.” The show premiered at the Wallis Theatre in Beverly Hills to rave reviews with 19-sold out shows.

Ledisi is extremely passionate about being an advocate for the Arts. Lobbying for young musicians and protecting the rights of creatives. She is an author, releasing her first book Better Than Alright: Finding Peace, Love and Power , a collaboration with Essence Magazine. Her latest book, Don’t Ever Lose Your Walk: How to Embrace Your Journey is released through her own Chinweya Publishing Company.

Utilizing and developing her versatile skills as a singer/ songwriter, music producer, author, playwright, film producer and now CEO of her record label Listen Back Entertainment/BMG. Ledisi is excited about launching several exciting projects in the near future. When you speak of women in entertainment Ledisi is on her way to becoming a crucial part of that conversation. “I am finally realizing my limitless potential as a creative and also now as a businesswoman.”