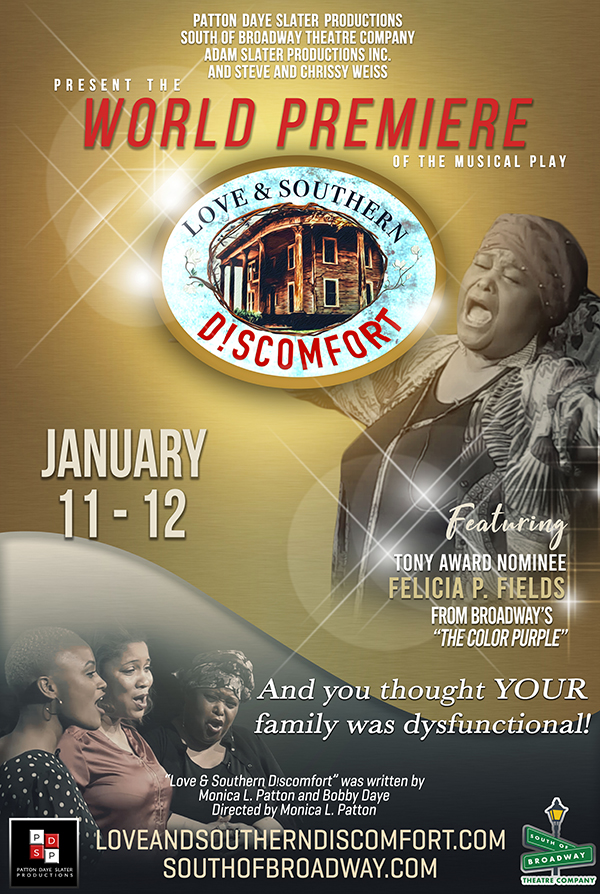 Beautiful and accomplished Milla Dejoie receives a phone call in the middle of the night from her estranged mother, Wilhelmina. Her grandmother, Mrs. Dejoie, dowager of polite Southern society, is dead, and along with her, Milla’s inheritance unless she comes home to bury her grandmother and claim the estate.
Milla leaves her complicated life abroad and returns to her ancestral home, a sprawling postbellum Southern mansion, and to her mother, a faded alcoholic debutante laid low by the burden of bearing the family’s legacy.
With the help of Louisa, the family’s cherished maid, the women begin to repair their relationship but their reconciliation grinds to a halt when a long-held secret erupts during the funeral that sends the family spinning out of control.

Book by Monica L. Patton: Monica is currently performing in the Broadway National Tour of The Book of Mormon, she is the author of the steamy, psychological thriller–Beautiful Carnage. Her other credits include; Broadway: Finian’s Rainbow, Abby’s Song, and Ragtime. National Tours: Disney’s The Lion King, Annie 30th Anniversary.
Music and Lyrics by Bobby Daye: You can catch Bobby on stage across America in Disney’s Aladdin. His career has crossed into stage, film, tv, and radio. His Broadway credits include: The Book of Mormon, After Midnight, Shrek the Musical, The Color Purple, and The Lion King.
Venue Information
Charleston Music Hall
37 John Street
Charleston, South Carolina, 29403
http://charlestonmusichall.com/
Empty