Event is BYOT (Bring Your Own Tots) 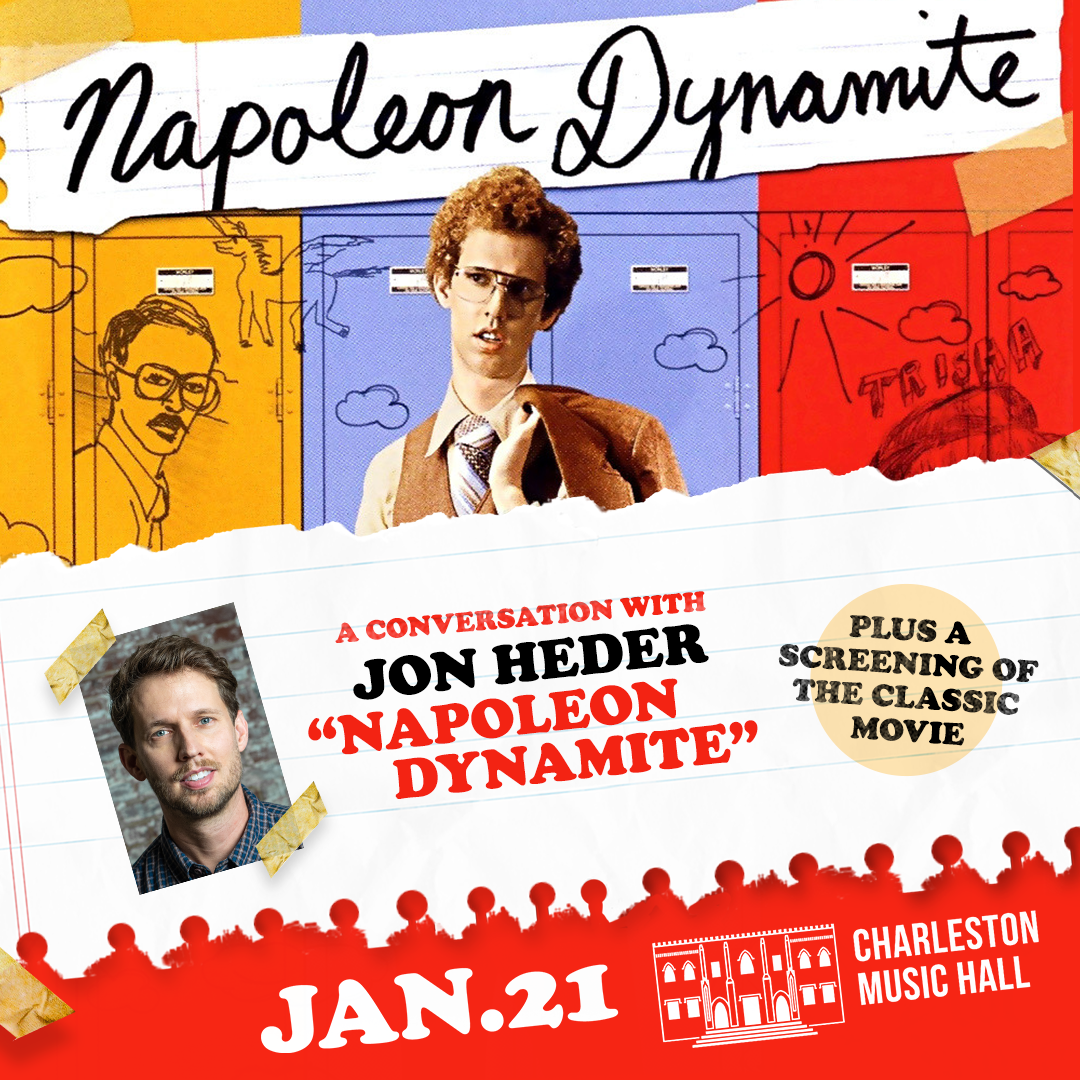 The beloved indie classic “Napoleon Dynamite” was made almost 15 years ago.  Since then much has changed; but the characters, as enduring as they are endearing, stay in our hearts.

Appealing to the inner-teenager in each of us, the story, and more importantly the dialogue, makes “Napoleon Dynamite” one of the most quoted movies of our time.

Napoleon Dynamite makes us laugh – and laugh hard – over and over again.

Jon Heder became an overnight sensation and gained an instant cult following with his feature film debut in the title role of the offbeat comedy NAPOLEON DYNAMITE. Heder’s endearing portrayal of a nerdy high schooler who helps his friend Pedro get elected class president was a huge financial success and brought him two MTV Movie Awards, one in the category of “Breakthrough Male” and a second for “Best Musical Performance” for his crowd-pleasing election night dance. Heder met NAPOLEON DYNAMITE director Jared Hess while both were studying film at Brigham Young University; the director first cast him in a short film, “Peluca.”

In spring 2007, Heder starred opposite Will Ferrell in the hit comedy BLADES OF GLORY, which took in close to $120 million dollars at the domestic box office. In addition to his live-action roles, Heder also returned to animation that year voicing the character of ‘Chicken Joe’ in Columbia Pictures’ SURFS UP, after previously voicing a role in Columbia’s MONSTER HOUSE.

Heder also starred in the feature films THE BENCHWARMERS, SCHOOL FOR SCOUNDRELS and JUST LIKE HEAVEN with Reese Witherspoon and Mark Ruffallo. Additionally, he starred opposite Paul Dano in the Sundance hit, FOR ELLEN.

Additionally, Jon has done extensive voiceover work over the years, including Disney’s STAR AND THE FORCES OF GOOD AND EVIL, and Cartoon Network’s UNCLE GRANDPA and CLARENCE. He also voices the lead character PICKLE on PICKLE AND PEANUT for Disney XD, and recently starred in the independent features WHEN JEFF TRIED TO SAVE THE WORLD and THE TIGER HUNTER.