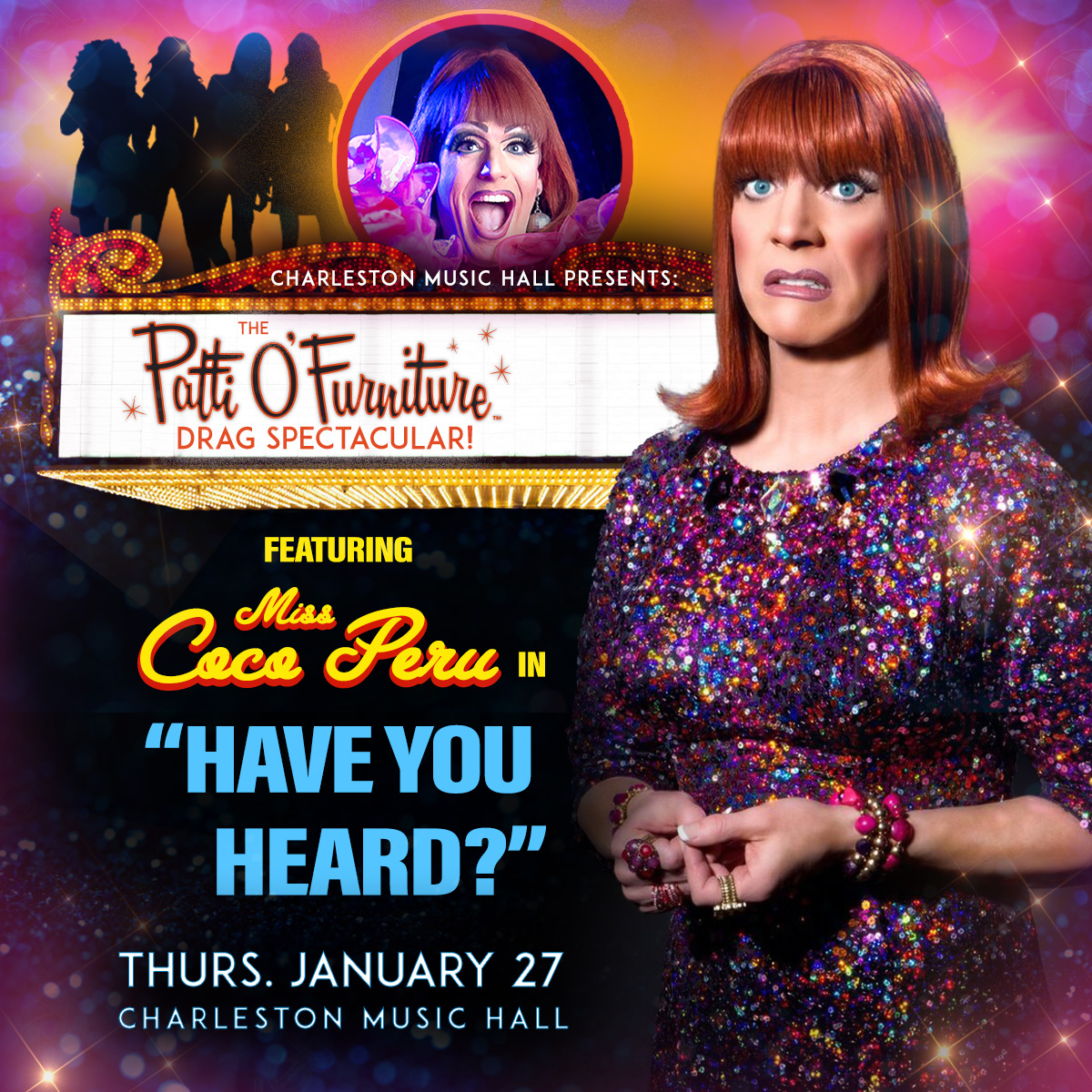 Due to unforeseen circumstances, the Patti O’Furniture’s Drag Spectacular Feat. Miss Coco Peru event scheduled for January 27 has been cancelled.

Coco loves to reminisce. In fact, she’s very good at it. In HAVE YOU HEARD? Coco performs some of her favorite monologues and songs spanning her long career, as well as some new stuff too. Whether you’ve heard all or some of these stories, or if you’re a Coco virgin, come see why Lily Tomlin called Coco “one of the last great storytellers” and experience the trailblazing Queen who elevated drag whilst still wearing sensible heels. 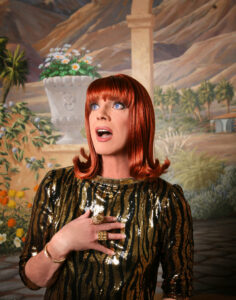 Miss Coco Peru (aka Clinton Leupp) has been a household name in the LGBT community for over 25 years. She got her start in the early 90’s as a downtown favorite in the cabaret world of New York after she wrote, produced, directed, and starred in her first show, Miss Coco Peru in My Goddamn Cabaret, and has since enjoyed an expansive career, ranging from intimate cabaret stages in New York and LA, to television sets in millions of living rooms. She’s toured around the world, has over nine million views on YouTube, and has been in multiple cherished films, garnering multiple awards and nominations for her work.

A veteran of numerous feature films (trick, To Wong Foo…, and the cult classic Girls Will Be Girls, and more), and television shows (How I Met Your Mother, Arrested Development, Will & Grace, among numerous others), Coco has also become a viral sensation on social media platforms, including Instagram and YouTube.
Considered “the hostess with that something… extra,” Coco has received worldwide acclaim for her award-winning solo shows that she’s starred in, written, produced, and directed, as well as her remarkable series of tributes to great performers, Conversations with Coco, in which she conducted live career-retrospective interviews with such luminaries as Lily Tomlin, Jane Fonda, Liza Minnelli, and the late Bea Arthur.

Coco’s long history of passionate activism, unflagging support of the LGBT community, and fierce dedication to AIDS-related charities earned her the Los Angeles LGBT Center’s Board of Directors Award, presented to her by Zachary Quinto. She is also available for children’s parties.