PechaKucha, Japanese for “chit chat,” is a presentation style in which 20 slides are shown for 20 seconds each (6 minutes and 40 seconds in total) keeping presentation concise, fast-paced, and powerful. Charleston Music Hall is proud to be the official venue and producer of PechaKucha Charleston. The Music Hall, with help from our collaborators Charleston Arts Festival and artist liaison Terry Fox, hopes to focus on developing a strong, interesting, and diverse presenter line up from an array of different artistic, creative, and entrepreneurial disciplines and encourage collaboration, communication, and support in Charleston’s creative community. 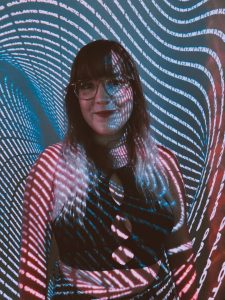 Kalyn Oyer is an arts & entertainment and food & beverage reporter at The Post and Courier. She previously was the lead music & arts writer for the print Charleston Scene publication that came out every Thursday and still runs social media for the account (now it’s online). Before The Post and Courier, Kalyn worked at the Charleston City Paper and numerous national music publications, like Elmore Magazine and mxdwn, as a freelance writer, album reviewer and concert and music festival photographer. Before that, she graduated from the University of South Carolina with a degree in mass communications and minor in creative writing. She’s played piano since age 4 and grew up on her dad’s classic rock CD collection. She’s usually at a local concert at least once a week. 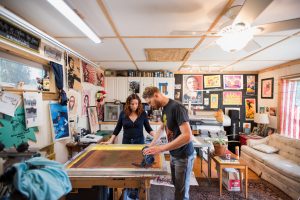 We are Dos Bandidos.
It all started with a torrid love affair, amazing adventures, and an epic trip across Mexico.

We were raised on Rage Against The Machine, Obey Giant, and Grrrl Power!

We are partners in art and life!

We live in downtown Charleston, SC where we have our house and studio. We love to ride bikes, walk on the beach, travel the world, eat amazing food, drink the best coffee, play with our cats, and make art.

We are also excited to announce our coffee shop City Lights Eastside is coming soon to 12 line street!!

Chase Quinn is Curator of Education and Programs at the Gibbes Museum of Art. In addition he is an award-winning art and culture writer and editor. In 2018 Chase was the recipient of the Rising Pride Award by Charleston Pride for emerging leaders in the LGBTQ community. In 2019 he was awarded an SC Press Association award for headline reporting on LGBTQ issues. Chase has been an art critic for over a decade. His writing portfolio includes contributions to top literary and culture publications including The Guardian, Bon Appetit, Conde Nast Traveler, Vanity Fair, Artforum, Garden and Gun, and Frieze among many others. Chase has extensive experience using the arts to develop creative and compelling content and programs. Before relocating to Charleston, Chase lived in New York City and worked as Culture and Programs Associate at The Center for Constitutional Rights (CCR), designing and overseeing events and programs that used instruments of art and culture to educate, activate, and enroll new audiences into CCR’s 50-year human rights legacy. Chase is originally from Wilmington DE and was educated at Boston University.

Chef Bintou N’Daw is a French and Senegalese chef, born in Senegal, West Africa, and moved to France as a teen to pursued her culinary journey

After traveling extensively to the West Indies and various countries in Africa, she settled in New York City to continue her training in hotel and restaurant management.

Bintou launched Nafi’s Originals products with her mother, Nafissatou, in 2015. Currently available at Whole Foods, Amazon, Fresh Direct, and Faire, Nafi’s is a carefully handcrafted line of vegan, gluten free, and preservative-free condiments and sauces inspired by their West African heritage & travels. She is looking to relocate the production in the Charleston area.

Bintou is currently focused on her professional catering service and pop-up concept linked to her brand Nafi’s Originals. She has worked for private chef gigs for entertainment industry celebrities like Will Smith and family, DJ Khaled and family, and others.

Bintou moved to Charleston one year ago, charmed by the striking similarities with Saint Louis Island of North of Senegal especially the architecture and port history where she comes from. 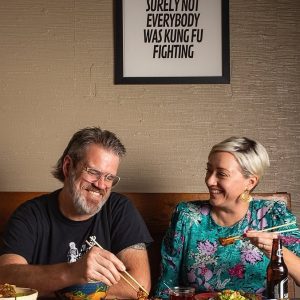 David Schuttenberg and Christina Heath-Schuttenberg are the two principal owners of Charleston-based Always Awkward Hospitality,; the group that currently owns and operates cultish James Island Sichuan spot Kwei Fei. A new, as yet unnamed venture is also forthcoming, the group having just taken a space on the peninsula, marking a return to the area where they started as a pop up at The Daily back in 2017. David and Tina bring a cumulative 25 years of experience to food and bev, and have, since the beginning, believed in an outside-the-box approach to restaurant management.

Tina’s early career focus in retail and fashion transposed into hospitality extremely easily and helped propel her to the creative director role at Dean and Deluca before moving to Charleston in 2015. Her skillset has allowed a seamless transition into restaurants, though she never worked in one before starting Kwei Fei with David. Outside of restaurant life, Tina is continuing to develop her Portal brand, where she sells vintage and pre-loved designer fashion at various markets around town.

David has been a kitchen rat for the past 18 years, preferring to keep his knife skills sharp and his cooking acumen well-honed, over a more passive culinary role within his kitchens. After a career change in 2003, he worked in some of New York’s finest kitchens including Craft and Zak Pelaccio’s venerable Fatty Crab, and ran the food program at arguably the country’s best butcher shop, Dickson’s Farmstand Meats.

It was two failures that freed them of their concerns about finding their place in Charleston and the direction shifted from employee to employer. Missing eating the spicy food of Sichuan is more than anything else what led to Kwei Fei.   Over the years, the couple has continued to focus not only on that region’s cuisine, but has added other regional disciplines as well. 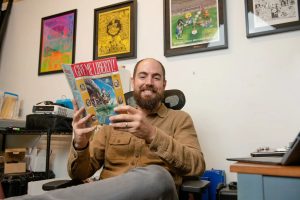 Gavin Shelton is a director, editor, and cinematographer based in Charleston. He got his start in high school after being cast in a commercial for Apple, with Academy-Award winning Director, Errol Morris and Academy-Award winning Cinematographer, Robert Richardson. The experience led him to study advertising at the Academy of Art University in San Francisco, where he eventually worked as an account planner and video editor for ad agencies like Goodby Silverstein & Partners and AKQA. He eventually found his way to New York City for 2 years where he worked at Huge Inc. as well as Martha Stewart Living, before returning to Charleston in 2015 and focusing on video production. He currently freelances and has directed music videos for Grammy-winning artist Mark Bryan (of Hootie and the Blowfish), created documentary content for the Gibbes Museum, and works regularly with Hed Hi Media.

Jennifer Charzewski is a Principal at Liollio Architecture, an award-winning design studio recently celebrating 65 years of practice in Charleston, SC.

Jennifer is currently working on a GSA Design Excellence project in Preservation for Tomochichi Federal Courthouse in Savannah, GA and a new Discovery Place Museum in Charlotte, NC.

A past-president of AIA Charleston and ACE Mentor, Jennifer has recently served as SC Equity in Architecture Committee Chair, taught a “firm studio” at Clemson’s Architecture Center in Charleston, and serves as a NAAB Visiting Team Member for accreditations across the country. She has presented at the Raleigh Urban Design Conference, multiple Library Design Institutes, the South Carolina Library Association, and has served on several design awards juries throughout the east coast.

About Liollio Architecture: For more than 65 years, Liollio has provided sustainable architecture, interior design, and historic preservation for public projects. Our clients have entrusted us with buildings both grand and modest, both historic and modern. We ground our practice in the particulars of place, people, and landscape, carrying a strong sense of social purpose as we serve communities through design. Every project design is a unique response to the history, climate, and culture of a place. Now in our third generation of leadership, we are a studio of 26 civic-minded design professionals who value subtle & restrained design, rooted in context, culture & collaboration. 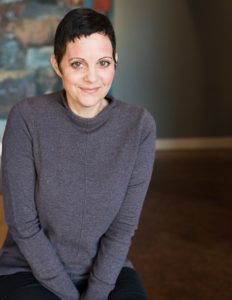 Sharon Graci is the co-founder and artistic director of PURE Theatre. Under her leadership, PURE Theatre has developed into one of the premier theatre companies in the Southeast. She is responsible for programming and producing more than 70 Southeast Regional Premiere productions, 20 World Premiere productions, and for developing multiple PURE programs that heighten PURE’s impact and amplify PURE’s position as a “community building theatre” (Charleston City Paper). Notable initiatives include PURE Lab, the division of PURE responsible for the development of new work, and PURE Institute, PURE’s education and outreach arm, among others. She is the recipient of the South Carolina Arts Commission Fellowship for Acting. She is an alumnus of Lincoln Center Director’s Lab and is a SC Liberty Fellow and is a member of the Aspen Institute, Aspen Global Leadership Network. Selected Directing Credits: THE AGITATORS, A DOLL’S HOUSE, PART 2, FOOL FOR LOVE, SWEAT (2019 Piccolo Spoleto Festival & 2018 MOJA Festival), IF I FORGET, THE ROYALE, THIS RANDOM WORLD, FATHER COMES HOME FROM THE WARS: PARTS 1, 2 & 3, SLOWGIRL, MARIE ANTOINETTE, FOLLY BEACH, PENELOPE, THE BIRDS, THE MOUNTAINTOP, SHEEP’S CLOTHING, THE ELABORATE ENTRANCE OF CHAD DEITY. Selected Stage Acting Credits: TESTAMENT OF MARY, RAPTURE, BLISTER, BURN, VANYA AND SONIA AND MASHA AND SPIKE, TIME STANDS STILL, HOGS, BEAUTY QUEEN OF LEENANE (PURE Theatre); KING LEAR, TWELFTH NIGHT (Actors Theatre of SC); DANCING AT LUGHNASA (Actor’s Theatre of Charlotte). Television/Film: MR. MERCEDES (On Demand), RECKLESS (CBS), HOMELAND (Showtime), ONE TREE HILL (WB), ARMY WIVES (Lifetime), THE INSPECTORS (CBS) and SURFACE (NBC). Film: THE WISE KIDS, WARRIOR ROAD, DOWNTURN, DESTINY ROAD. She has a degree in acting from Augusta State University and studied acting at Point Park University and the Pittsburgh Conservatory of Theatre. 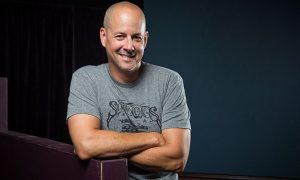 Rodney Lee Rogers is the co-founder of PURE Theatre. Acting credits at PURE include Fully Committed, The Trial of the Gentleman Pirate Stede Bonnet, Underneath the Lintel, The Christians, Glengarry Glen Ross, Penelope, Annapurna, A Behanding in Spokane, Superior Donuts, Up, The Pillowman, The Lonesome West, Cloud Tectonics, Eurydice, and The Tragedian. On television, he has appeared on OZARK, One Tree Hill, Medicine Ball, Army Wives, and Reckless. Directing credits at PURE include Straight White Men, The Beauty Queen of Leenane, Failure: A Love Story, Outside Mullingar, Clybourne Park, Good People, Tell, and Jesus Hopped the “A” Train. His feature film Steaming Milk won runner-up Best Actor and Best Director awards at the 1997 Seattle International Film Festival and was chosen as a Best of the Fest of The Seattle Times and the Seattle Post-Intelligencer. He is a two-time winner of the National/LAFF Screenwriting scholarship and winner of the 2010 Playwriting fellowship from the South Carolina Arts Commission. His plays, including Sic Semper Tyrannis, The Trial of the Gentleman Pirate Stede Bonnet, The Tragedian, Killing Chickens, Fairgrounds, What Comes Around, Tell, Cowboys, and Waffle Haus Christmas, have been produced in New York City, Seattle, Charlotte, Charleston and Plovdiv, Bulgaria. 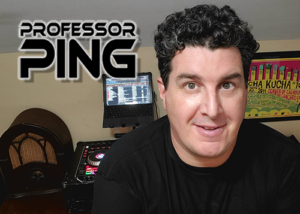