Featuring a Special A Cappella Performance by The Charleston Vibes

Half Off ALL Wine! 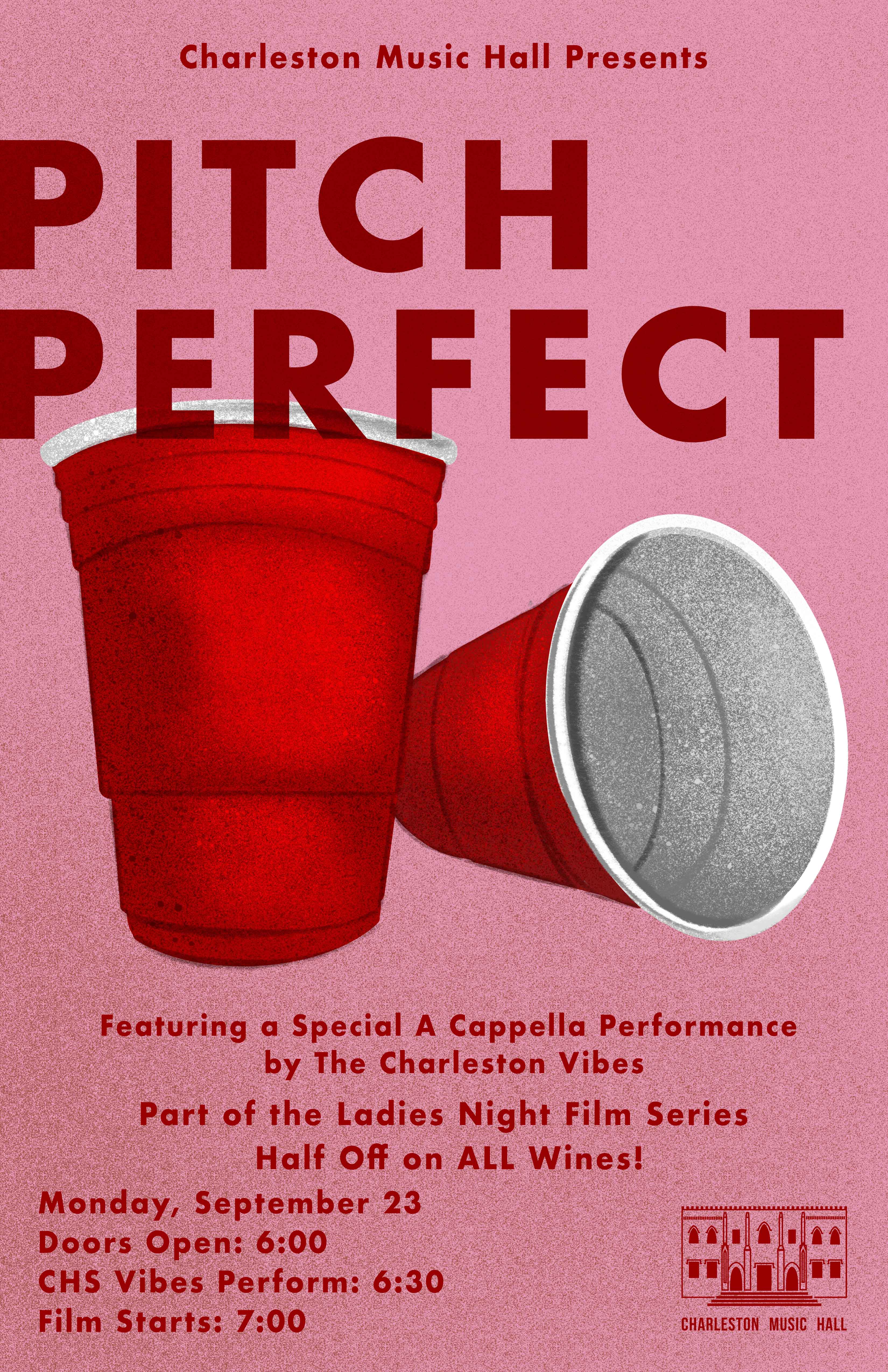 College student Beca (Anna Kendrick) knows she does not want to be part of a clique, but that’s exactly where she finds herself after arriving at her new school. Thrust in among mean gals, nice gals and just plain weird gals, Beca finds that the only thing they have in common is how well they sing together. She takes the women of the group out of their comfort zone of traditional arrangements and into a world of amazing harmonic combinations in a fight to the top of college music competitions.

The Charleston Vibes is an elite, co-ed a cappella group from The College of Charleston. The group formed in 2012, and since then, has been performing diverse repertoires with songs such as ‘From Eden’ by Hozier, ‘Africa’ by Toto, ‘Clarity’ by Zedd, ‘Seven Nation Army’ by The White Stripes and ‘This is Me’ from The Greatest Showman.
Hire The Vibes for your next event, whether it be a wedding, festival, sports game – anything. The options are endless!
Contact us at our email: charlestonvibes@gmail.com and follow us on social media for updates:
Facebook: The Charleston Vibes
Instagram: @thecharlestonvibes
Venue Information
Charleston Music Hall
37 John Street
Charleston, South Carolina, 29403
http://charlestonmusichall.com/

VIRTUAL PERFORMANCE: Jazz On The Screen