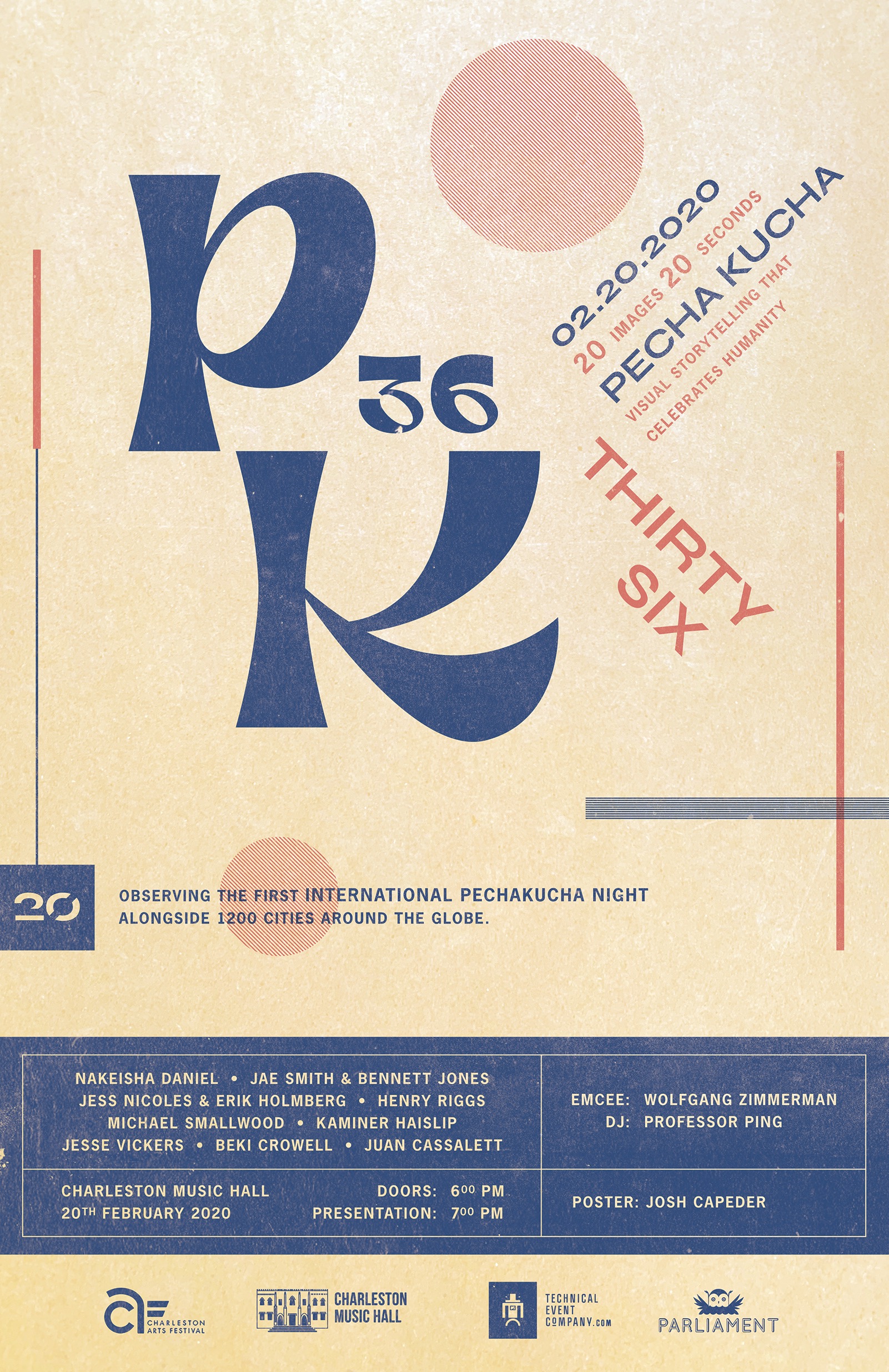 Jae Smith and Bennett Jones, co-host/co-author and organizer/produce of Tales from the Manor 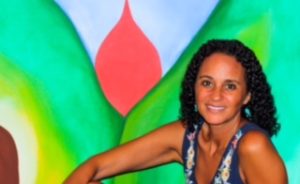 Beki Crowell  is a Soul Artist, vibrational healer and writer that channels the Divine. She offers Soul sessions in which she creatively blends the use of flower essences and Reiki healing while accessing divine guidance from the Akashic Field to support her clients in aligning with their Soul which results in profound healing and transformation..

Beki has been creating art that comes from the Soul for the Soul for more than 30 years. In the last 5 years she has integrated the art as part of her healing practice. One of her most unique offerings is channeling the Soul of her client in the form of a Soul Portrait, which then becomes a catalyst for alignment, embodiment, healing and awakening to the Divine Self.

In 2018 she released her spiritual memoir, Bare Beauty: my journey of Awakening. It has been a catalyst to take the plunge to fully bare her beauty, her art, her words and her Soul. Just over a year after her book came out, she closed her boutique/gallery, Utopia, after 28 successful years of business, to fully devote her energy to her Soul’s passion to support others on their journey of Awakening 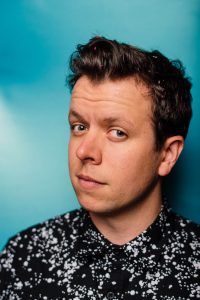 Henry Riggs is a comedy writer, improvisor, actor, and teacher in Charleston, SC. He is a co-founder and performer in the sketch comedy duo Nameless Numberhead, a founder and curator of the alternative Rip City CHS series, a regular performer at Theatre 99 in Charleston, and the Producer of the Savannah Comedy Festival with Front Porch Improv in Savannah Georgia.

Henry’s work has been featured on Funny or Die, San Francisco Sketchfest, TedX Charleston, Cincinnati Fringe, and NY Sketchfest to name a few. He was a contributing writer and supporting actor in the 2019 Shovels and Rope concert film “Shovels and Rope The Movie”. TV credits include CBS The Inspectors, and CBS Hidden Hero’s. In 2020, Henry will be in the Aretha Franklin biopic Respect as Muscle Shoals “Swamper” Tommy Cogbill. 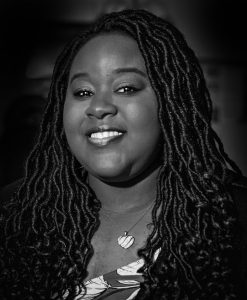 Jae Smith is the intake officer at Joseph Floyd Manor. She is the co-host and co-author of Tales from the Manor, a radio program that has been adapted into a book.

Bennett Jones is the community director at Enough Pie. He organized and produced Tales from the Manor. 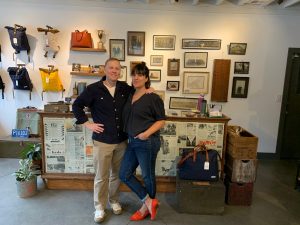 Jess and Erik met on the internet. But not the way you’re thinking. They struck a chord of mutual appreciation on, of all platforms, Instagram, when Erik was only making wallets and Jess was still running a men’s neckwear brand. The appreciation deepened over time, as did Erik’s product line. Eventually a time came when restaurant managing had run its course for Jess, and Erik needed an experienced sewist to help him take his brand to the next level, so the J. Stark you know now was born. The two discovered quickly that their mutual vision for the company was made ever better by their own collaboration. Greater still were the ideas that blossomed with the help of their talented staff. We believe it was Jon Bon Jovi who stated, “No man is an island” and with this current, strongly collaborative iteration of J. Stark, we couldn’t agree more. 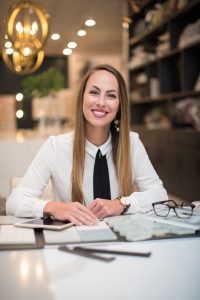 Training as a professional seamstress alongside her mother, Jesse gained an appreciation for quality textiles and detailed construction at a very young age. With an immediate interest in design, Jesse’s passion for interiors started as a teen and has grown ever since. She began by designing her own spaces and assisting friends in her spare time with theirs. In 2010, she was offered a creative director and chief branding officer position in the fashion industry. After contributing to the successful launch and national spread of a now widely recognized apparel line, Jesse’s passion for interiors beckoned, and she decided to segue from fashion to interior design. Fast forward to 2020 and her firm has grown to a full time staff of 7 with projects across the US and a brick and mortar retail space & design center in Mount Pleasant. Jesse’s interest in travel and culture as well as her still inherent love of textiles greatly influence her work. Although she spent her first decade or so in Maryland, Jesse considers Charleston home and resides in Park Circle with her very fat cat, Pickle. 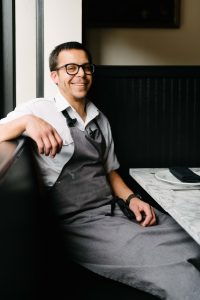 Juan Cassalett is the Executive Chef/co-owner of Malagón Mercado y Tapería. His family is originally from Spain; however, he grew up in Colombia and Tennessee before moving to Charleston and making this city his home. He is married to Jill Mathias, executive chef/co-owner, of Chez Nous, where he was the Sous Chef for the 5 years prior to the opening of Malagón. 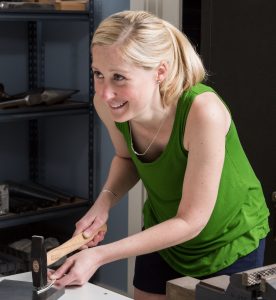 A native of Aiken, South Carolina, Kaminer Haislip grew up in her family’s hardware and appliance business. This experience directly influenced her interest in creating three-dimensional objects and working with her hands. During high school she became enthusiastic about sculpture and jewelry, so she enrolled in the industrial tech class and learned to weld.

Haislip attended Winthrop University for her Bachelor of Fine Arts in Jewelry and Metals and Master of Fine Arts in Silversmithing and Design with a minor in Sculpture. While earning her MFA, she interned at the Mint Museum of Craft + Design, taught Jewelry II and III classes as well as jewelry workshops at Winthrop University. For both of her degrees she studied under Alfred Ward, an internationally acclaimed English silversmith from London.

After graduating, Haislip moved to Charleston, South Carolina and established her studio. She designs and creates all of her original, handcrafted designs utilizing techniques that have been used for centuries. Inspired by Charleston’s extensive silversmithing tradition, she is dedicated to carrying forth that legacy. In addition to her work as an artist, she is frequently commissioned by individuals to create unique objects and jewelry in silver and gold.

Haislip’s work has been exhibited internationally and nationally, featured in over sixty publications including Metalsmith, The Magazine Antiques, Traditional Home, Elle Décor, Garden & Gun, Southern Living, Charleston Magazine, Charleston Weddings, and on the TV show Handcrafted America. She was honored with the Made in the South Award in the Home category from Garden & Gun magazine and with The Eric Berg Prize for Excellence in Metal at the Philadelphia Museum of Art Craft Show. Additionally, Historic Charleston Foundation honored her with the Samuel Gaillard Stoney Conservation Craftsmanship Award. Finally, she collaborated with Reese Witherspoon’s Southern lifestyle company Draper James on an exclusive silver bowl. 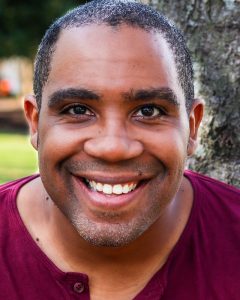 Michael Smallwood is an actor, writer, director, and teacher. He is originally from Baltimore, MD, but currently resides in Charleston, SC. An alumni of the College of Charleston, Michael has also studied theatre, acting, and writing at the Kennedy Center in Washington, DC and Horizon Theatre Company in Atlanta, GA. He is a core ensemble member of PURE Theatre in Charleston, having joined in 2011. His theatre credits include The Agitators, The Royale, Marie Antoinette, and The Elaborate Entrance of Chad Deity, among many others. He is a two-time KCACTF award-winning playwright. He cohosts the podcast Welcome to Greendale, and has appeared in films and tv shows for CBS, Netflix, and the acclaimed Halloween franchise. 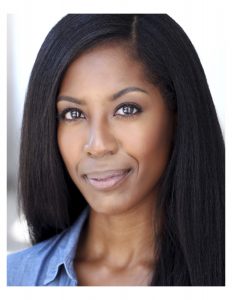 Nakeisha Daniel is a multi-talented artist who has been seen on national and international stages and screen. Born and raised in Atlanta, GA, her love of theater sparked at an early age eventually leading her to earn a BFA in Musical Theater, an MFA in Acting from Penn State University, and to further studies in London and Canada.

She was honored to serve as the first ever Guest Artist in Residence at the Citadel: Military College of South Carolina and is a 2018 Eugene O’Neill Theater Center Cabaret and Performance Fellow.​

As an arts education advocate, Nakeisha’s mission is to transform student learning and to support educators through arts integration. She is grateful to have worked with a wide variety of organizations including; The Alliance Theater Center, Charleston Gaillard Center, The Citadel, College of Charleston, East Tennessee State University, Storytree Children’s Theatre, and Engaging Creative Minds. Nakeisha believes it is a privilege to inspire creativity in others. 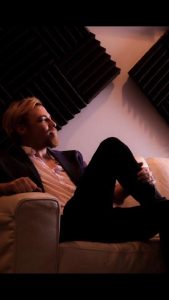 Zimmerman has been Charleston’s premiere indie producer for the better part of the last decade, churning out successful records for prominent local acts Susto, Brave Baby (for whom Zimmerman also served as drummer/songwriter), Heyrocco and Grace Joyner, to name a few.

After years of operating out of the locally mythic “Space,” a converted storage unit in downtown Charleston, Zimmerman relocated to Rialto Row, a brand new studio and creative facility located outside of the city center. Since it’s opening, he’s spent 2018 producing for the next Band Of Horses LP as well as other national acts, The Futurebirds and Jump Little Children.