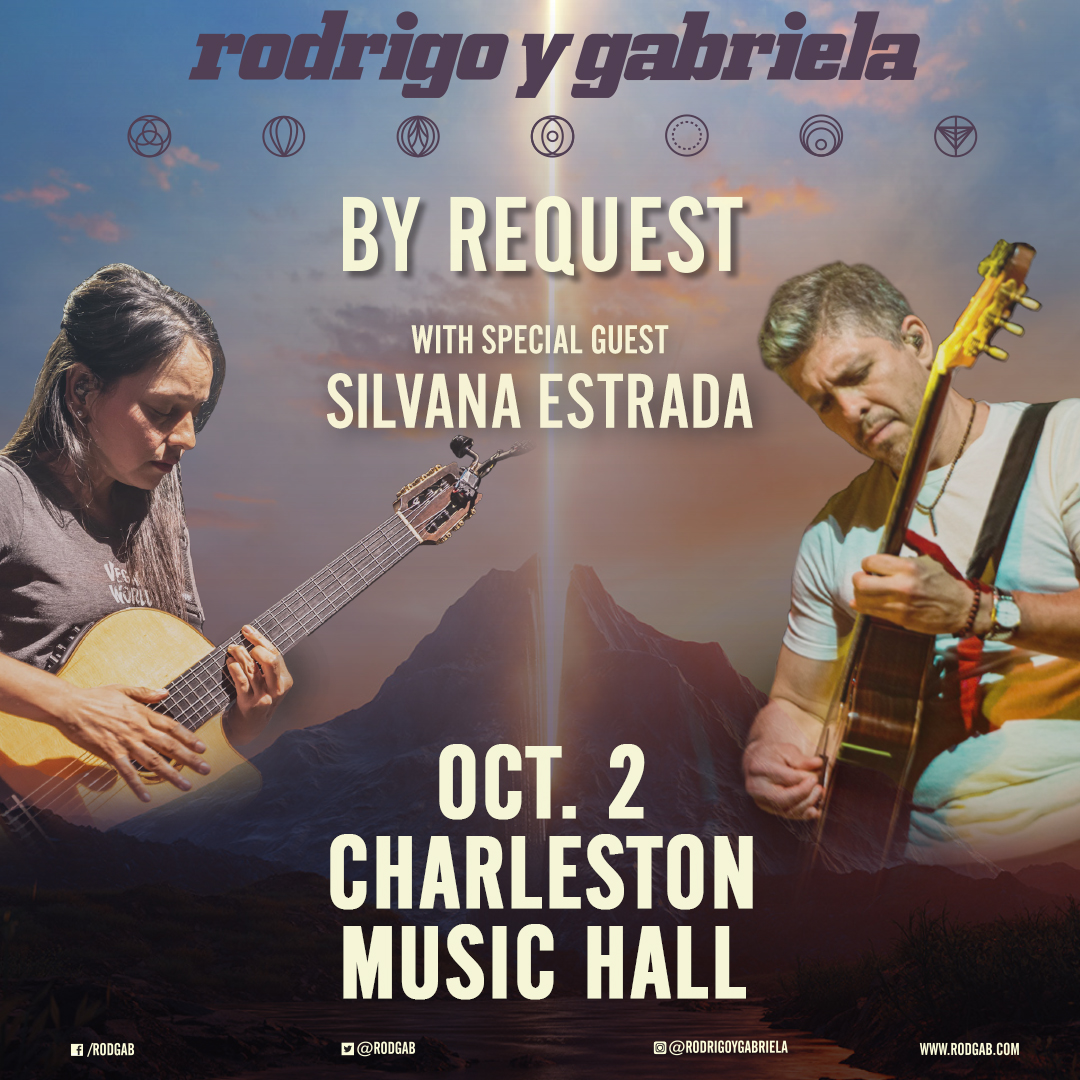 With career album sales now in excess of 1.5 million worldwide, Mexican acoustic-rock duo Rodrigo y Gabriela won the GRAMMY® for Best Contemporary Instrumental Album at the 2019 62nd GRAMMY® Awards ceremony. The award was given for Rodrigo y Gabriela’s most-recent album METTAVOLUTION, their 6th studio album and first in five years. The award is just one of the recent career highlights for Rodrigo y Gabriela, who have undoubtedly established themselves as the planet’s preeminent acoustic guitar duo, earning international acclaim and a fervent fan following with their awe-inspiring mastery of their instruments as well as a truly distinctive approach to melody, energy, and rhythm.

Rodrigo Sanchez and Gabriela Quintero have been playing together since the mid-nineties when they were members of Mexican thrash-metal band Terra Acida. Both were raised on a musical feast of classic rock, including The Beatles, Led Zeppelin and Black Sabbath, but the eureka moment came when they first heard Metallica’s ‘Master Of Puppets’, which was their gateway to the fast and furious world of Megadeth, Slayer and Pantera.

When Terra Acida split, Rodrigo and Gabriela decided to go travelling, with just a suitcase and two acoustic guitars for company. They arrived in Ireland at the turn of the Millennium, having heard the country was “a good place for musicians”. Speaking no English, they soon ran out of money, and took to busking on Dublin’s Grafton Street to make ends meet. Here they met Damien Rice, himself embarking on his solo career, and he invited them to open at one of his key early headline shows.

From this beginning, their reputation as killer musicians – Rodrigo with the faster-than-lightning lead guitar and Gabriela with her unique, rhythmic, strumming-and-drumming style – started to spread across the country. Following a successful live album in 2004, their debut self-titled studio album, produced by John Leckie of Radiohead and Stone Roses fame, was released by Rubyworks in February 2006 and charted at # 1 on the Irish national charts, keeping the Arctic Monkeys off the top spot.

Having established themselves in their adopted home, the duo started to spread their magic across the rest of the world. They headlined the Jazz World stage at Glastonbury in 2007, which was broadcast live on BBC TV. The ‘Rodrigo y Gabriela’ album went on to sell over 100,000 records in the UK.

Through relentless touring and terrific word-of-mouth support, Rodrigo y Gabriela have established themselves as an in-demand live act, particularly in America, where they sold out the Hollywood Bowl (two nights) and the Red Rocks Amphitheatre as recently as summer 2018. They have also sold out multiple nights at the Royal Albert Hall in London, Le Zenith in Paris and Radio City Music Hall in New York, not to mention venues in Australia, Japan and Europe.

In 2010, Rodrigo and Gabriela were invited by President Obama to perform at a reception he hosted for the President and First Lady of Mexico. Rod and Gab have also contributed to the musical soundtracks of ‘Puss In Boots’ (2011) and ‘Pirates Of The Caribbean: On Stranger Tides’ (with Hans Zimmer) in the same year.

METTAVOLUTION presented the most ambitious music of Rodrigo y Gabriela’s remarkable two-decade career. Three years in the making, the album embraced the duo’s passionate interest in Buddhism, the history of human evolution, and the liberation of the potential we have as a species, all expressed through the medium of two acoustic guitars. Conceived and composed in their studio in Ixtapa on the Mexican Pacific Coast, the music of METTAVOLUTION was road-tested around the world on tour in 2017 and 2018 before being recorded late last year in Los Angeles with multiple GRAMMY-winning producer Dave Sardy (Oasis, LCD Soundsystem, A Perfect Circle, Band of Horses) behind the board.

The METTAVOLUTION world tour was cut short due to COVID-19 restrictions. Rodrigo y Gabriela were very active in lockdown on their social channels with weekly live sessions, including exclusive cover versions, AMA exchanges with fans and even mindfulness and cooking classes. Embracing the opportunity to explore new areas of music, Rod & Gab released interpretations of songs by Ryuichi Sakamoto, Armando Manzanero and a remarkable collaboration with soccer legend Pele to celebrate his 80’s birthday. Reveling in their new found eclecticism, Rodrigo y Gabriela prepared to release a JAZZ EP (including music composed by Kamasi Washington and Snarky Puppy) in Spring 2021; a companion piece to 2019’s thrash-metal tribute METTAL EP.