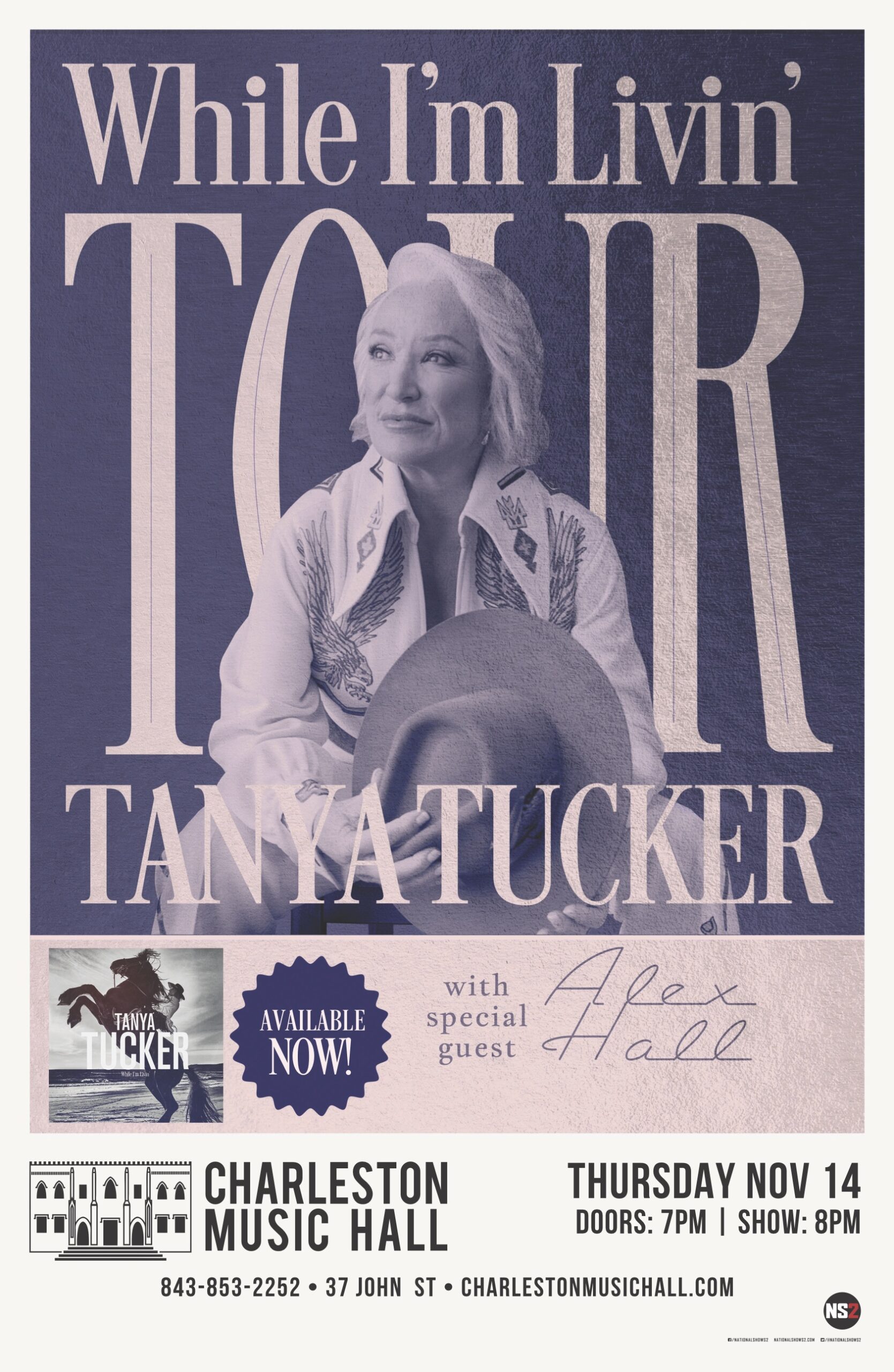 At the age of 13, the original female country outlaw Tanya Tucker was the youngest female to grace the cover of Rolling Stone Magazine with the message, “You’re Gonna Hear From Me.” Dubbed as the female Elvis, she achieved mainstream chart topping success with 15 number 1 hits including “Delta Dawn,” 41 top 10 hits, and 23 top 40 albums. Nominated 9 times for a Grammy, this CMA and ACM winning artist was awarded the 2016 ACM Pioneer Award for her over 50 years of success in her longstanding musical career.
17 years after the release of her last record, the 60 year old living legend is set to release a tell-all record, full of wisdom, wit, and heart, produced by 3 time Grammy award winning artist Brandi Carlile and Shooter Jennings, alongside the full length documentary “Delta Dawn, Then and Now: The Return of Tanya Tucker.” Join us on the journey with this one and only living legend.

When introducing new music or a new artist, it’s human nature to compare them to an established artist who may be more familiar. “He sounds like” or “she reminds me of” are typical phrases we hear. But with Alex Hall, it’s pretty difficult to make a comparison. The Gainesville, Georgia native is a blend of such a diverse array of musical influences that he has created his own hybrid sound that can only be compared to… Alex Hall.

After picking up an acoustic guitar at the age of 14, Alex quickly set to work learning every Elvis Presley song on the King’s ELV1S: 30 No. 1 Hits album – his raw talent earning him his first singing gig at a local restaurant when he was still in middle school. While singing week nights at the restaurant and preforming local shows, Alex captured the attention of a Nashville booking agent, which resulted in about 125 shows a year throughout high school…a feat for any artist, let alone someone still receiving a report card…and a valuable introduction into the country music community. Drawing influence from artists like his hero, Elvis, Keith Urban and Eric Church, along with bona fide rockers like Bruce Springsteen, and John Mayer, Alex has found a way to combine these sounds into his own atomic musical style.

Alex is signed to Monument Records, and is currently in the studio recording his first album with multi-Grammy winner Shane McAnally, Pete Good and AJ Babcock producing.