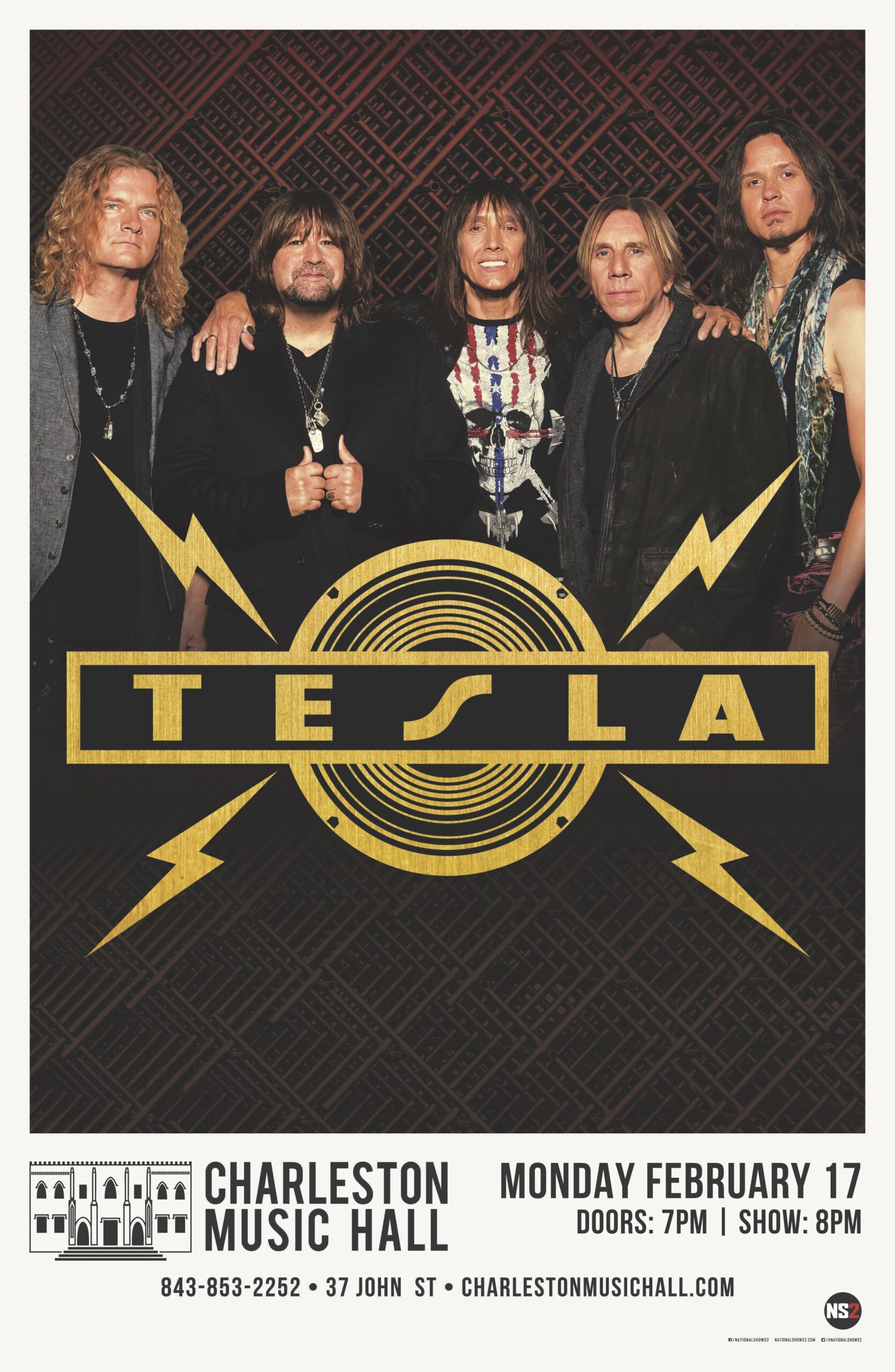 Thanks to their die-hard, loyal fan base and their younger generation offspring, TESLA continues to tour to sold-out crowds around the world. Celebrating 30+ years of kick ass Rock ‘n’ Roll gives their audience a musical journey that keeps the loyal fans coming back and has newcomers realizing, “Wow, I didn’t know they did that song!

TESLA were formed in Sacramento, CA, in 1985, out of an earlier, locally popular group called City Kidd, which dated back to 1982. The band wrote original music and knew their name didn’t fit the sound. At management’s suggestion, the band named itself after the eccentric inventor Nikola TESLA, who pioneered the radio but was given only belated credit for doing so.

After playing several showcases in Los Angeles, TESLA quickly scored a deal with Geffen and released their debut album, Mechanical Resonance, in 1986; it produced the hard rock hits and crowd favorite, “Modern Day Cowboy” and “Little Suzi.” Mechanical Resonance reached the Top 40 on the album charts, and eventually went platinum.
It was the follow-up, 1989’s, which truly broke the band. The first single, “Heaven’s Trail (No Way Out),” was a hit with hard rock audiences, setting the stage for the second single, a comforting ballad called “Love Song” which substituted a dash of hippie utopianism for the usual power ballad histrionics.

“Love Song” hit the pop Top Ten and made the band stars, pushing The Great Radio Controversy into the Top 20 and double-platinum sales figures; the follow-up single, “The Way It Is,” was also a hit.

TESLA’s music is often referred to as heavy metal but is better described as blues metal. The band’s lyrics also strayed from the themes popular in heavy metal, particularly in the 1980’s at the beginning of their career. A further distinction from their contemporaries was their blue-collar, T-shirt-and-jeans image which was in strong contrast to glam bands of the time, which were characterized by big hair, leather pants, and flashy makeup.

During the early years of their career, TESLA toured with David Lee Roth, Def Leppard, and Aerosmith.

Boston’s Bad Marriage  comes out of the gate swinging their hard rock hammer with both fists, laying down their blistering boogie with heavily swung rhythms. Their repertoire digs deep with influences including AC/DC, Guns N’ Roses and Aerosmith. Indulging their collective thirst for tone and over-driven guitars, Bad Marriage pack their material with British blues-infused hard rock riffs and gutsy, soaring melodies. Together with frontman and resident wordsmith Jonny P and his over-the-top, self aggrandizing lyrics, they’ve crafted a collection of egotistical hip-shakers including “Knock 3 More Times”, “Miss Outrageous” and “Electric Emerald Eyes”.

Red Reign is an all original power rock band based in Richmond, VA. Red Reign is currently in production with Grammy winning producer David Ivory (Halestorm, Patti Labelle, The Roots) with a projected release early in 2016. Follow this page for the latest info and show/tour schedule. Check out www.redreignrva.com and follow us on Twitter @RedReignRva.