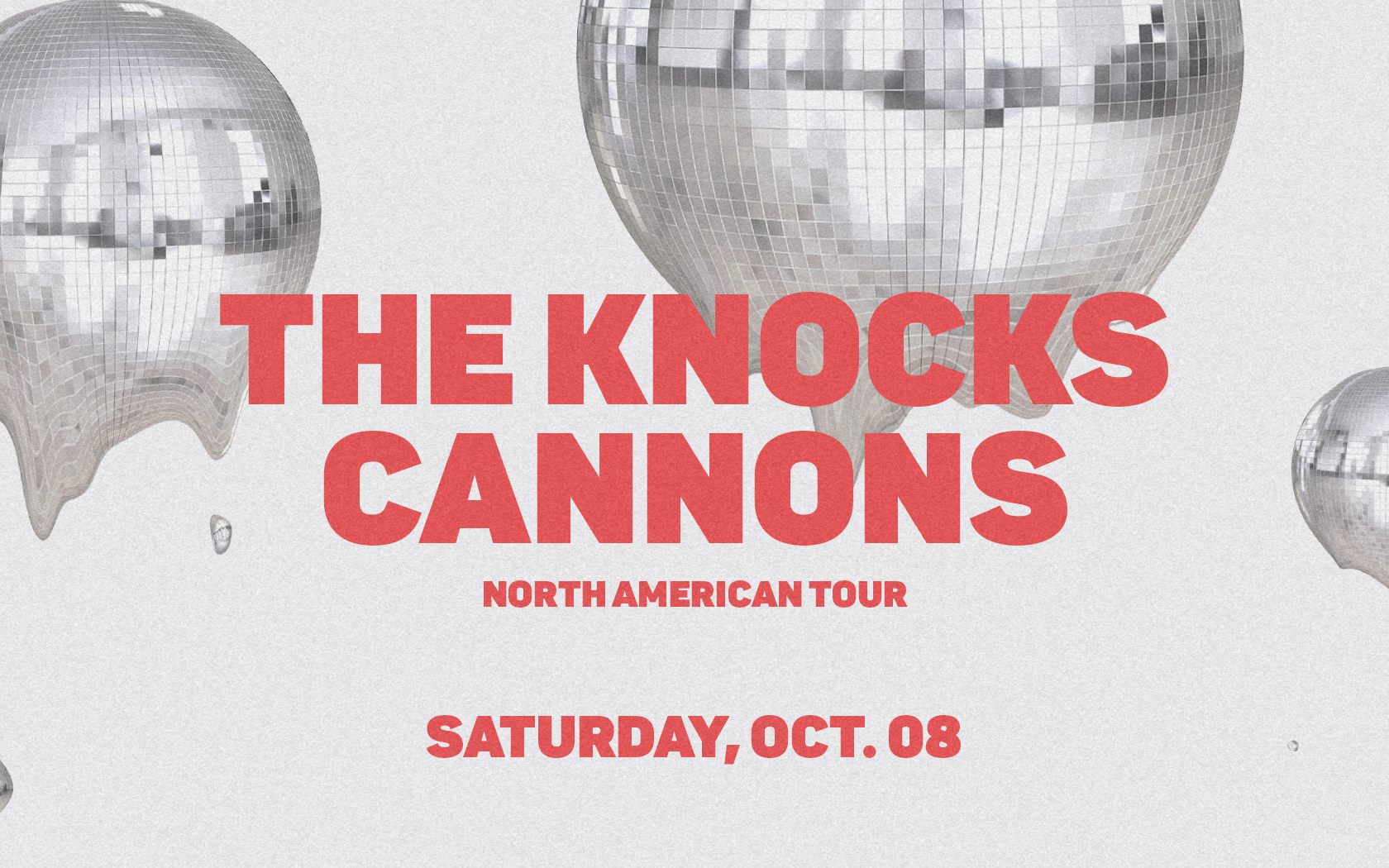 The Knocks are multiplatinum selling artists The Knocks have been hailed worldwide for a carefree electronic sound that freely draws from soul, funk, disco, hip hop, house, and pop. Comprised of James Patterson and Ben Ruttner, the NYC-based duo have unleashed a dizzying array of dance music for more than a decade, spanning two acclaimed albums, multiple EPs, collaborations with artists across the musical spectrum, high profile network TV appearances, and show stopping DJ sets and live performances all over the world.

With touring halted to a standstill during the global lockdown, The Knocks opted to dedicate their time to the studio and began releasing a stunning string of new tracks including “Bodies,” a collaboration with indie pop combo MUNA that saw both acts joining forces for a striking remote performance on ABC’s Jimmy Kimmel Live!

Next, The Knocks linked up with Australian indie rapper Mallrat for “R U HIGH (Ft. Mallrat),” scoring a #1 smash on Australian radio’s triple j “Most Played” chart. The hits kept coming through 2021, including “Sound The Alarm (Ft. Rivers Cuomo of Weezer & Royal & The Serpent)” “Bedroom Eyes (Ft. Studio Killers),” and the emotionally driven love story, “River (Ft. Parson James).” The Knocks were featured on “Purple Disco Machine’s platinum smash single “Fireworks,” proving to be one of the biggest international hits of summer 2021, racking up more than 170M global streams to date and reaching the top 20 on the Global Airplay Chart.

Throughout their career, the duo have collaborated with some of music’s biggest names [Carly Rae Jepsen, X Ambassadors, Big Boi] and toured around the world with music heavyweights including The 1975, Justin Bieber, and Ellie Goulding. Their hit single, “Ride or Die” featuring Foster the People reached #11 on the alt radio charts and landed them a live performance on The Late Show With Stephen Colbert. In addition, their collaboration with Sofi Tukker “Best Friend” has accumulated more than 200 million streams across platforms to date. They performed the song live on The Tonight Show Starring Jimmy Fallon and was the feature song in Apple’s iPhone X campaign and keynote address.

Cycling through states of mind and fits of feeling, CANNONS ebb and flow between otherworldly electro-soundscapes and evocative vocal transmissions, layering breezy pop atop cinematic sonic architecture. The L.A. group — Michelle Joy [vocals], Ryan Clapham [lead guitar], and Paul Davis [drums, keys] — physically incite body movement and mentally provoke thought. The trio have consistently enabled escape via their songs. Following a tireless grind, they quietly shook-up popular culture with their 2019 independent sophomore outing, Shadows. The single “Fire For You” initially toppled The Hollywood Reporter‘s Top TV Songs Chart at #1 in the wake of a placement on NETFLIX’s Never Have I Ever. The success translated to multiple radio formats as they clinched #1 on both Alternative and Triple A, earning them a 2022 iHeart Radio Award nomination for ‘Best New Alternative Artist.’ With the song notably eclipsing 77 million Spotify streams, SiriusXM touted the band on the “Class of 2020,“ while YouTube named CANNONS among its “Artists on the Rise.” Beyond inciting critical applause, they wowed audiences at Lollapalooza, Firefly, Outside Lands, and more. After amassing hundreds of millions of streams and earning acclaim from Consequence, OnesToWatch, LA Weekly, and more, the trio captivate like never before on their third full-length offering, Fever Dream [March 25 via Columbia Records], led by the singles “Bad Dream” and “Hurricane.”

his is silly. My name is Arieh, I make music under the name Pink Skies. I’m from Oakland, CA, and grew up in the Bay Area loving music and played in bands in the indie and punk scenes in the Bay. My band got banned from playing 924 Gilman because we weren’t punk enough. That’s whack lol. Too indie for the punk clubs and too punk for the indie clubs. We loved Red Hot Chili Peppers, Funkadelic, and The Clash.

We had to learn to record ourselves because no one else wanted to do it. We snuck into Guitar Center and abandoned offices and slept in them to record. We loved to skate, party, prank people, and smoke blunts listening to Mac Dre. Classic Bay shit. We lived in our van and toured around the country living off of peanut butter and water. Super fun rock band energy. We had a lot of fun!

My incredibly talented friends and I have toured as Pink Skies (some from the OG band!) and we have gotten to playwith incredible artists like Neil Frances, Goth Babe, Ritt Momney, Boy Pablo, Del Water Gap, Day Wave, TV Girl, and Tim Atlas. We’re really stoked to play more shows, so hopefully we will come to a city near you someday.

I’m working on a bunch of new music, and it all sounds pretty different. I hope you like it, because I don’t really know what it’s going to sound like, but the whole point of music is to express yourself and to experiment so fuck it!