The Wildflowers: A Tribute to Tom Petty 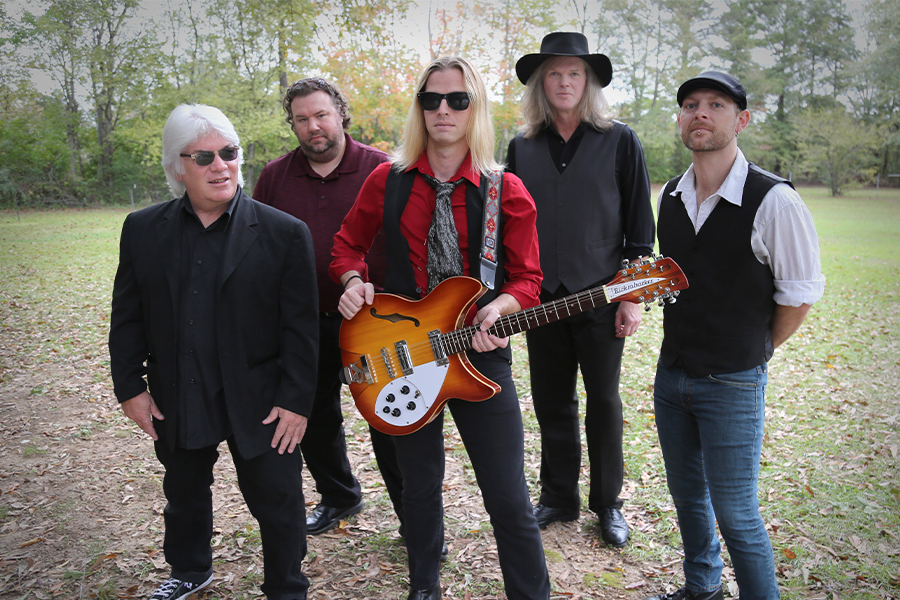 The band The Wildflowers are America’s #1 tribute to Tom Petty & The Heartbreakers. “Who doesn’t love Tom Petty?” bassist Darryell Stone asked himself one day in 2012 while listening to the radio. There was only one answer he could imagine, “Nobody.” Testing his hypothesis, Stone polled friends, family and fellow musicians how they felt about Petty. The result was always the same. Everyone loves Tom Petty.

One of these fellow musicians just happened to be Tom Petty’s doppelganger, guitarist and lead vocalist Jonathan Guthrie. Guthrie was an avid fan and had always fantasized about being a Heartbreaker. As two seasoned musicians and Tom Petty & The Heartbreakers fans, there was really only one thing for them to do – form a Tom Petty tribute band.

It wasn’t hard for Stone and Guthrie to find skilled musicians excited about playing in a Tom Petty tribute band. Drummer Steve Lucas, formerly of Feverdog and a band mate of Stone’s local band, Theatrix, quickly signed on. Lucas brought with him his M-80’s band mate Glenn Freeman. Freeman, who boasts of seeing multiple Tom Petty concerts in the 80s, brought an instrumental cornucopia to the group with keyboards, harmonica, guitar and backing vocals. Lead guitarist Curt Granger rounded out the lineup. With 30+ years experience in Birmingham’s local music scene, Granger has played in such circuit bands as Pyrate, Scream Sophie, and his own solo project, as well as creating a line of world-renowned boutique guitar amplifiers.

The new Tom Petty tribute band rehearsed with one focus – to recreate the music of Tom Petty with precision, attention to detail, and a reverent respect. Parts were studied in great detail, down to inflections in the very way each word of every lyric was sang.

Jump ahead 100 shows and The Wildflowers have become one of the most popular tribute shows across the southeast US, and quickly gaining recognition in other regions.
Equipped with decades of experience and a passion for Tom Petty’s magic way with songs, The Wildflowers bring music lovers of all stripes what they adore. More Tom Petty & The Heartbreakers.