Toto’s planned headline tour in February / March has been cancelled. The band is terribly sorry for any inconvenience, and specifically requested all ticket holders be refunded.  The on-going performances with Journey across the U.S. will continue through May 11 in Hartford, CT.  Toto is working on rescheduling many of the announced headline events that were confirmed, and news will be shared as those plans fall in to place for 2023. Refunds will be issued automatically. 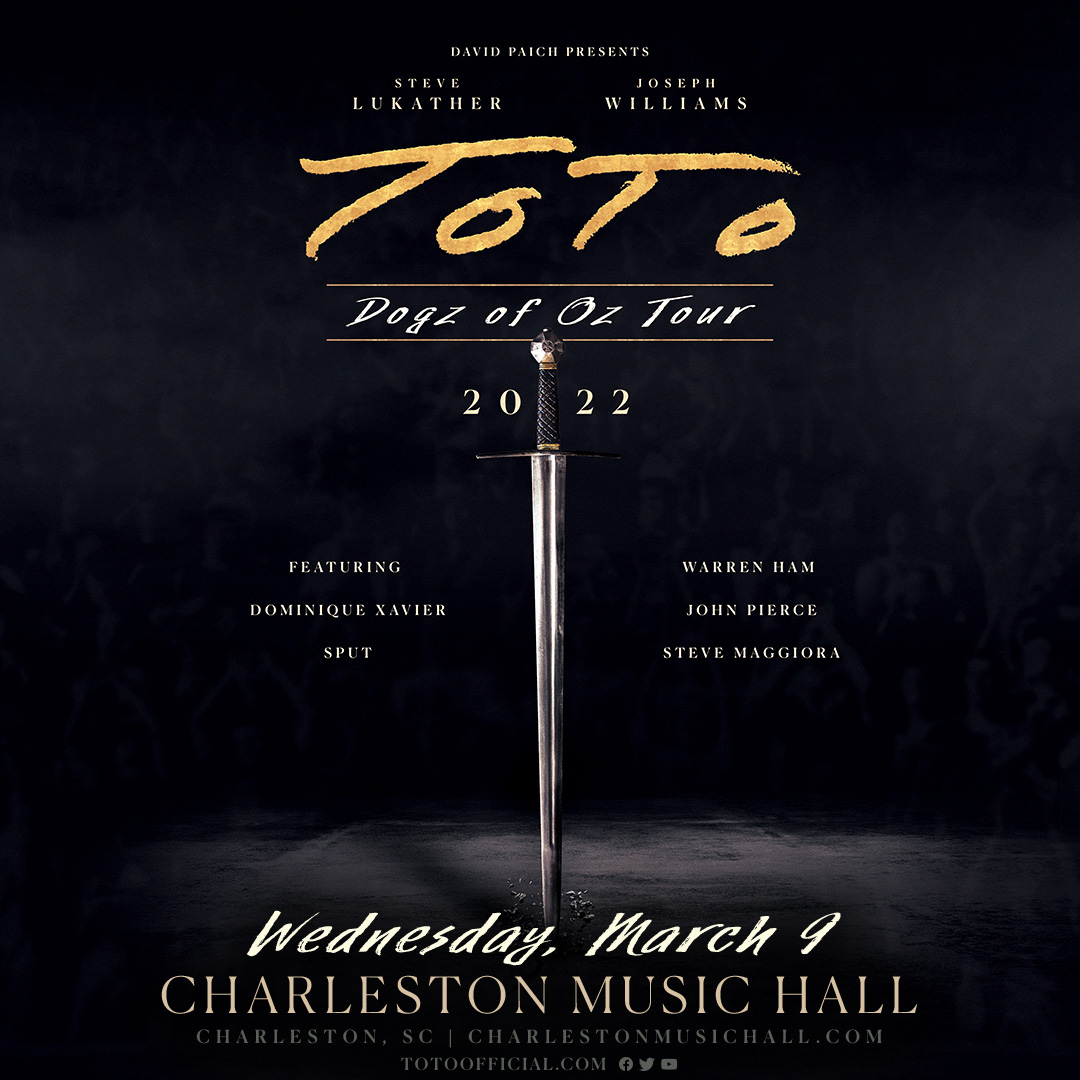 The band recently released With A Little Help From My Friends via The Players Club / Mascot Label Group. The performance captures a special one night only event staged on November 21, 2020 when Steve Lukather, Joseph Williams and David Paich presented the new line-up of Toto originating from Los Angeles, CA. Songs performed include the title track “With A Little Help From My Friends” (https://youtu.be/C25LRl15fOE), “Till The End” (https://youtu.be/vB7qFkhwaY8) and “You Are The Flower” (https://www.youtube.com/watch?v=EvE5NBX9HGo).  The complete track listing features “Till The End,” “Hold The Line,” “Pamela,” “Kingdom of Desire,” “White Sister,” “You Are The Flower,” “I Won’t Hold You Back,” “Stop Loving You,” “Home Of The Brave,” “Rosanna,” and “With A Little Help From My Friends.” In the DVD and Blu-ray releases, a documentary is featured alongside the performance, featuring thoughts from all members of the band that appeared that evening.

Steve Lukather aka Luke shares, “There is a refreshing, optimistic enthusiasm to step in to the future. At this moment, Joe and I are the only long-tenured members of the band that want to be on the road continuing to bring music to our multi-generational fan base. I’ve spent almost four and a half decades of my life as the only original member who never missed a show or an album nurturing this legacy while enabling the music to continually exist in the live concert setting. That is something I’ll never stop doing.  Our return to the road presents a rare opportunity to reimagine our personal futures while simultaneously preserving the deep connection that exists with the audience while likewise yielding continual discovery.”  Joseph Williams offers, “Luke and I have been through a lot with one another. He’s like a brother to me. Our creative partnership has always enriched our lives. As we look towards what’s to come in unison, there is nothing but anticipation to bring everything in our minds to life. I can’t think of anyone else on Earth I’d rather launch the next chapter with than with this lifelong, loyal and gifted friend and band mate. We’re the last men standing…The Dogz of Oz!”

With A Little Help From My Friends was Produced by Joseph Williams, who also edited the accompanying long-form video.  The band’s long-time front of house engineer Ken Freeman mixed and captured the sound that evening. On February 26th, Luke and Joe presented solo albums via The Players Club / Mascot Label Group which charted in multiple territories across the globe.  Both artists made significant contributions to the other’s recordings. Additionally, David Paich performed on select tracks on Luke’s I Found The Sun Again and Williams’ Denizen Tenant. The titles were released on LP, CD and a limited-edition deluxe edition is available with the two titles bundled together. Available here: https://smarturl.it/Steve-Lukather and https://smarturl.it/JosephWilliams.

Over the past several years, TOTO have had a major renaissance in popularity like few bands at this point in their career.  Their 40th anniversary in 2018 was marked by them releasing a brand new Greatest Hits album (40 Trips Around The Sun) and embarking on their most successful worldwide tour to date.   Few ensembles in the history of recorded music have individually or collectively had a larger imprint on pop culture than the members of TOTO.  As individuals, the band members can be heard on an astonishing 5000 albums that together amass a sales history of a half a billion albums.  Amongst these recordings, NARAS applauded the performances with more than 200 Grammy nominations.

Collectively TOTO has over two billion streams worldwide on all streaming services.  Just last year one of their biggest hits “Africa” went from being a Platinum single to being recently recertified 6X Platinum.  The band has found a new generation of fans.  With now 40+ years together and literally thousands of credits, including the biggest selling album of all time: Michael Jackson’s Thriller, and accolades to their names, TOTO remains one of the top selling touring and recording acts in the world. They are the benchmark by which many artists base their sound and production, and they continue to transcend the standards set by the entire music community, being simply synonymous with musical credibility.  They are pop culture, and are one of the few 70’s bands that have endured the changing trends and styles continuing to remain relevant while enjoying their multi-generational global fan base.