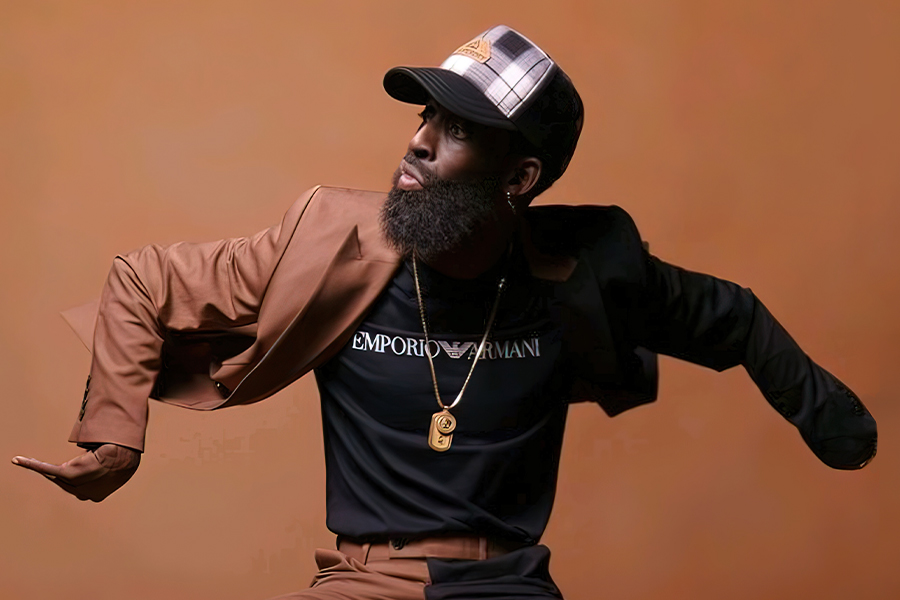 Multiple GRAMMY® Award winner, 11-time Billboard chart-topper, and Soul Train Music Award-winning icon Tye Tribbett continues to send positive vibes with new song “Anyhow” amid virus. Released November 6, 2020, the song is a raw proclamation that encourages people to persevere, no matter how challenging the circumstance. Marked by gritty determination, “Anyhow” is a necessary addition to the soundtrack of this year. The song follows Tribbett’s hit single, “We Gon’ Be Alright.” With over 8.4 million global streams since its release in April 2020, the song debuted at #1 on Billboard’s Digital Song Sales chart (May 2020) and earned a #1 spot on Billboard’s Gospel Airplay chart in October 2020.

“We Gon’ Be Alright” received critical support and stellar reviews by music critics across the country with the nation’s most well-known media publication and newspaper, USA Today declaring “Tye Tribbett has fused Kendrick Lamar’s hit song “Alright” into a new tune to send a message to people during the coronavirus pandemic: We are going to be all right.” Top news wire The Associated Press listed “We Gon’ Be Alright” in their songs about the coronavirus pandemic playlist saying, “It sends a comforting message to the world.”

Tye Tribbett has had a legendary career. Five #1 albums, two #1 radio singles, four #1 digital song sale singles, and eight top 10 songs. In his career, he’s had over 317 million global streams with over 1.3 million albums sold. On Youtube, he has eclipsed 56 million views. And he’s rocked national TV performances such as The Tonight Show with Jimmy Fallon and The BET Awards. He’s currently one of the most inspirational voices online. His 1.8 million social media followers often go to him for a positive voice during rough times. In fact, one of his posts about self-worth went viral with everyone from Justin Bieber and Rev Run to Diddy and Nicki Minaj reposting.

After independently establishing a core fan base of thousands who would come to their local shows and even hundreds to their rehearsals. In 1997, Tye Tribbett, the founder of G.A. (also known as Greater Anointing), entered the group into the McDonald’s and Wrigley’s Gospel choir competitions in which they won 1st place in all categories. Tribbett astonished the audience and judges with his incredibly high energy.

In 1998, Tye got the attention of GRAMMY® Award-winning producers, Buster and Shavoni, who were producing the soundtrack to the DreamWorks animated film The Prince of Egypt. Tye and his group performed “Let Go, Let God” with American Music Award-winning duo Mary Mary. It was the movie soundtrack that catapulted Tribbett beyond gospel and into the mainstream music industry.

Tye Tribbett and G.A. found themselves sharing the stage and singing background with the likes of Gloria Estefan, LeAnn Rimes, Elton John, Luther Vandross, and Stevie Wonder! As the group performed the audience was captivated and mesmerized. One person, in particular, was the multi-award-winning mega-producer, David Foster. Foster invited the group on stage at his annual “City of Hope” event at Universal Studios in Hollywood CA. Tye and the group sang background for Faith Hill who was so amazed that she couldn’t “let Tye’s energy go.” Hill asked Tye to accompany her along with his group, on her “Soul-to-Soul Tour,” which featured her husband, Tim McGraw. Shortly after, Tye and G.A. accompanied Don Henley on his “Inside Job Tour,” singing additional backgrounds.

Between the years of 1999 and 2005, Tye Tribbett and G.A. made their mark in the music industry, performing with Jill Scott, India Arie, John Mellencamp, Musiq Soulchild, and The Roots. They also appeared on Common’s “Electric Circus” LP, Jessica Simpsons’ Christmas project, Will Smiths’ latest CD, on a song featuring Mary J. Blige, and also Justin Timberlake’s monster smash “Cry Me A River.” Tye had accompanied Columbia Records’ artist Vivian Green at a showcase when he was discovered by Columbia Records President Donnie Lenner.

In 2009, after releasing four albums, Tribbett parted with GA. With a new look, new music, and new style, Tye released his first solo album (fourth overall) Fresh (Columbia Records), and debuted No.1 on the Top Gospel Albums chart. This album presented another facet of his evolution. He challenged the ears of contemporary gospel listeners and invited the ears of every other genre to embrace a new sound of Kingdom Music that glorifies God.

In 2013, Tye released his sophomore solo effort, fifth overall and third consecutive career Billboard No.1 album, the critically acclaimed Greater Than (Motown Gospel). It would be his best-selling album, career to date, and spawned the #1 hit “If He Did It Before…Same God,” his first on the Gospel Digital Song Sales chart. The song earned Tribbett a win at The Soul Train Music Awards in 2013 for Best Gospel/Inspirational Performance. In 2014, he won two GRAMMYs for Best Gospel Album (Greater Than) and Best Gospel Song (“If He Did It Before…Same God”).

In 2016, Tye released his second consecutive #1 Billboard Digital Song Sales track “Work It Out” from his sixth album and fifth consecutive #1 album The Bloody Win. The accomplished musician is globally known for his charismatic, energetic, and range of delivering high-energy praise songs to intimate worship moments and from African rhythms to trap gospel beats.