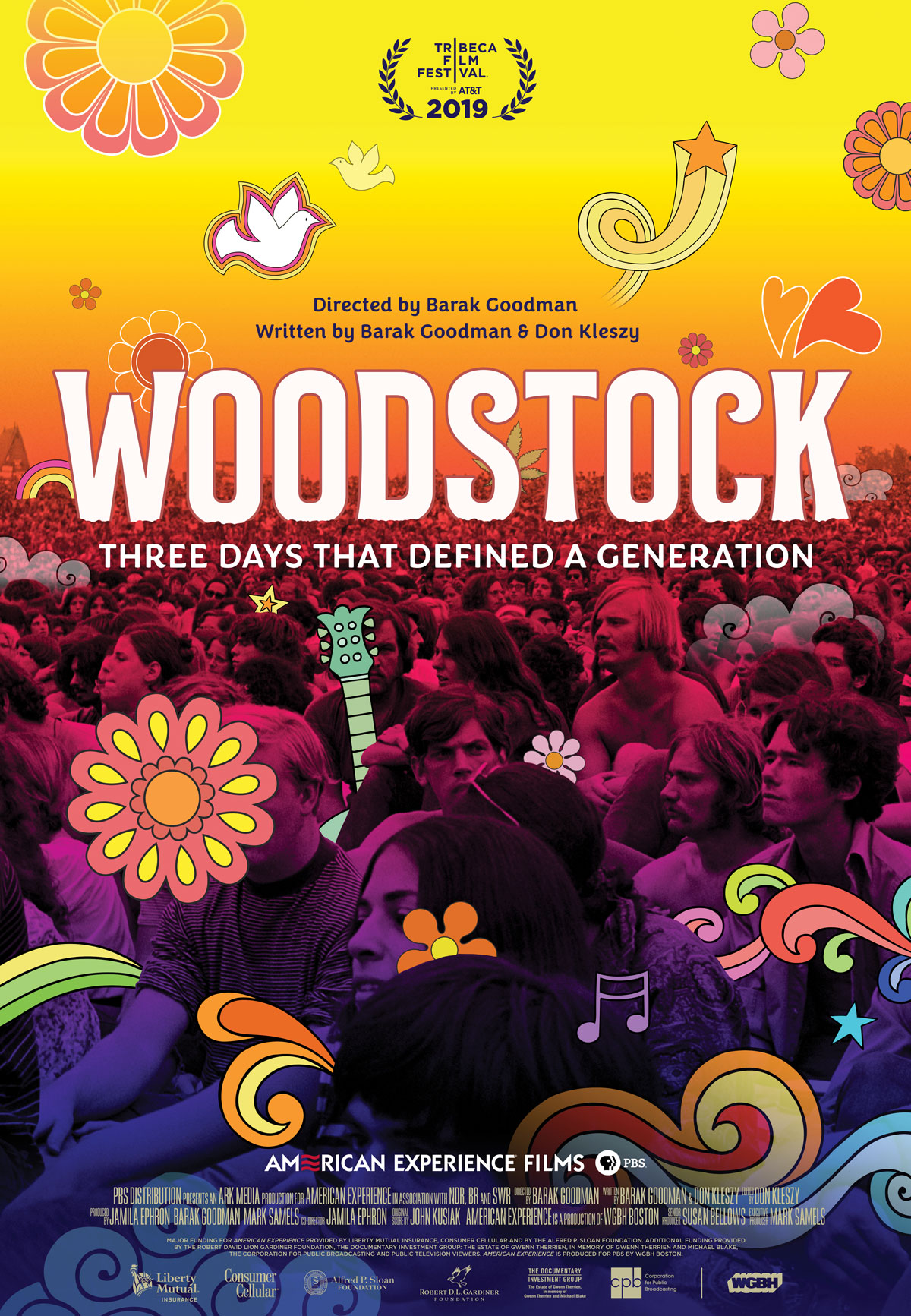 In August 1969—against a backdrop of a nation in conflict over sexual politics, civil rights, and the Vietnam War—half a million people converged on a small dairy farm in upstate New York to hear the concert of a lifetime. What they experienced was a moment that would spark a cultural revolution, changing many of them and the country forever.

With never-before-seen footage, WOODSTOCK: THREE DAYS THAT DEFINED A GENERATION tells the story of the political and social upheaval leading up to those three historic days, as well as the extraordinary events of the concert itself, when near disaster put the ideals of the counterculture to the test. What took place in that teeming mass of humanity — the rain-soaked, starving, tripping, half-a-million strong throng of young people — was nothing less than a miracle of unity, a manifestation of the “peace and love” the festival had touted, and a validation of the counterculture’s promise to the world. Who were these kids? What experiences and stories did they carry with them to Bethel, New York that weekend, and how were they changed by their time in the muck and mire of Max Yasgur’s farm?

Directed by award-winning filmmaker Barak Goodman and written by Goodman and Don Kleszy, WOODSTOCK takes us back to the three days that defined a generation.

In WOODSTOCK: THREE DAYS THAT DEFINED A GENERATION, I wanted to capture a moment when the ideals of a generation faced – and passed — a real test. I think Woodstock inspires us to this day because those half-a-million kids came together and chose love and peace over violence and despair. The 60s generation was forged in crisis — Vietnam; the civil rights movement; and the women’s movement for equal rights. I think we are entering a similar period today. For many Americans, especially younger Americans, the new threats are global climate change; disillusionment with institutions; and a creeping sense that their future will have less opportunity and less prosperity in than in the past. They long for change – to jettison the politics and culture of their parents’ and grandparents’ generations — but are uncertain how to go about it. The 60s generation faced the same dilemma. To their credit, they reacted with hope, not despair. They wanted to build a new way of living, characterized by less materialism, greater respect for the earth, and human life in general. I think that today, as our politics sour and our world seems more divided and chaotic than ever, we feel a tremendous nostalgia for that kind of idealism and communitarianism. Even those too young to remember the 60s respond to its music, fashion, and strong sense of personal freedom. Woodstock was the moment when a whole generation felt like the ideals they had embraced in the abstract – “peace and love” – could actually become real. Maybe it really was possible to live in a new way, to build a “new city.” For me, and I hope for our audience, Woodstock still has the power to inspire us to think the same about our own world.