“If you’re keen on experiencing the crisp mountain air and cold springs of Appalachia sans the uphill drive, give the Cane Creek String Band a listen.” -Charleston City Paper

The Cane Creek String Band brings a high-energy, hard-driving blend of upbeat old-time Appalachian dance tunes and traditional old-time songs that are wowing Lowcountry audiences since forming in 2012.
They are an authentic old-time string band from Charleston, SC, made up of a revolving group of traditional musicians with a common passion for old- time music. They feature a diversity of instruments including the clawhammer banjo, guitar, fiddle, bass, drum, bones, washboard, and harmony vocals.  If you like American Traditional Music – old time, bluegrass, Americana folk, you will love the Cane Creek String Band.

Cane Creek String Band’s mission is to preserve the tunes and traditions of “ old-time” music, the fiddle-and rhythm- intensive tradition that gave birth to bluegrass. Before Bill Monroe created bluegrass there were dance tunes – many influenced by Irish and English tradition and then inflected with African rhythms – that were played all over the U.S. Old time string bands, which usually played for dancers, tended to play long tunes, to sit while they performed, and to avoid the solo instrumentals that define bluegrass.

Dallas Baker is a native of the greater Charleston, South Carolina area. He now resides on James Island with his lovely fiance, three step-children, two rescue dogs, and the newest addition to the family a mini-rex bunny named, Mcnugget. His passions are being a full time pastry chef, playing music, yoga, surfing, and kayaking.  Dallas first started his music career playing heavy metal as a teenager at local music venues. Later on he found his niche in the Bluegrass/Folk/Americana genre. His love for Bluegrass music grew as a member in the band, Steel Rollers. Steel Rollers was known around town for being a rowdy bluegrass band. They brought in a lively and fun crowd to the Charleston Pour House as well as other local music venues in Charleston. After parting ways with Steel Rollers Dallas started up his own band, Dallas Baker & Friends. Dallas describes his music as Lowcountry Bluegrass with a dash of Americana. Dallas Baker & Friends have recorded a 9 track EP with Plowground Productions on Johns Island by Jim Donnelly. You can get a copy of his album for a suggested donation at any of his shows. Eventually DB&F became a side project for Dallas after he and a co-worker started up the band, Big John Belly. As a member in Big John Belly, Dallas played bass, harmonica, and vocals. Dallas is proud of his accomplishment as a BJB member winning ‘Up and Coming Act’ by Charleston City Paper Music Awards. As much as Dallas enjoyed being a member in BJB he wanted to persue his love for bluegrass and americana music.Dallas keeps himself busy with Dallas Baker & Friends and sitting in with other established local bands. You can typically see DB&F at the Charleston Pour House every Thursday 6:30–9:30, as well as the Charleston Music Hall, Holy City Brewing, Seanachai Social Pub, Surf Bar, Awendaw Green, James Island County Park, Johns Island Farmers Market, Palmetto Brewery, and other favorite local venues.

Founded in 2006 by guitarist Sandy Nivens and mandolin player Keith McCullough, the Bluestone Ramblers are a Lowcountry bluegrass band headquartered in Charleston, South Carolina. In addition to Nivens and McCullough, Gary Payne on the banjo, Shawn Beckner on the bass, and Derek Deakins on the fiddle. Hailing from varied and distinct Southern backgrounds, their sound is heavily influenced by the likes of Bill Monroe, Flatt and Scruggs, Seldom Scene, and Hot Rize. The quintet is a staple on stage across the Carolinas with headlining appearances at the BB&T Charleston Wine + Food Festival, the Southeastern Wildlife Exposition, the Lowcountry Oyster Festival, Harvest Festival, in addition to private events.

Red Cedar Review
Red Cedar Review is an acoustic ensemble from Charleston, SC specializing in traditional American folk music.  They blend guitar, mandolin, upright bass, and vocal harmonies to create an energetic set of country-blues, bluegrass, and folk songs.  Guitarist and vocalist Brad Edwardson offers some of his original material, and they blend that with some of their favorite old-time tunes.  All three members toured and performed with different acts before combining their talents in 2014 to form this unique project.  They can be found playing all around the Charleston area on just about any night of the week!

an Americana music group with a unique blend of classic country, rock, bluegrass, swing, old R&B and jazz. We like to think we offer something for everyone. You will hear songs you know that you can sing along with, songs you’ve never heard before but will fall in love with, and some originals that we know you will like.
SC Broadcasters

“I’d like to think that if AP Carter had had more time to think about it and work things out, the Carter Fanily would have been singing like the Broadcasters.” –Tim O’Brien

Ivy Sheppard expresses herself in this world with music. It is the sounds of a bygone era that resonate so clearly in her soul. She had the great fortune to learn her banjo and fiddle stylings while playing with the Roan Mountain Hilltoppers of east Tennessee. Through dedication and persistence she and The Broadcasters work tirelessly to bring the music of her home to a new generation. Ivy can typically be found with a fiddle in her hands, or searching for a new venue for the band. She’s a Disc Jockey at legendary radio station, WPAQ 740AM, and is on the air Monday and Tuesday from 2-6pm.

Andy Edmonds (of Pilot Mountain, North Carolina) comes from a family of guitar and banjo players, and gospel singers. He met the late, great Benton Flippen when he was a young man, and began playing guitar and banjo for his band, the Smokey Valley Boys. While playing with Benton for a over a decade, Andy learned a great deal about playing the fiddle. Though he is able to play a number of instruments, the fiddle has become his primary focus, and his fiddling has won numerous prizes at area fiddle contests. Andy also plays fiddle for the Buckstankle Boys, as well as singing harmony.
David Sheppard puts the drive in The Broadcasters sound. Like a freight train coming on down the line his style of playing gives The Broadcasters an unmistakable sound. Currently, his song writing knack is gaining the trio lots of attention. He is a world-renowned luthier and expert restorer of vintage acoustic instruments.

HOW TO BUY TICKETSNOTE: All ticket prices include a $1 handling fee. Additional convenience fees may apply.

AT THE EVENT: 30 minutes prior to performance, if tickets remain. Payments accepted: Cash, Check, Visa®, MasterCard® or Discover®. 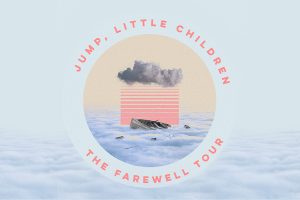