The Charleston Music Hall is thrilled to present The Summer of Wes which will include the screening of 8 Wes Anderson Films, a Wes Anderson Inspired Art Exhibition, and The Music of Wes Concert! Wes Anderson is regarded as one of the most creative film directors and writers of our time. Known for his “meticulously composed and designed shots with precise and very constricted camera movements” (Glenn Kenny), Anderson is a mastermind of creating beautiful and articulate worlds that explore the depths of humanity. From a poorly planned suburban heist, to high school halls, to a large house in New York, to the depths of the great blue sea, to a train in India, to fox holes and dens, to a tiny Northeastern Island, to the top of the Swiss Alps, Anderson’s films wrap us in beautiful palates and plunge us into the despairs and hopes of the human psyche.

The Art Opening will be June 2nd from 5pm – 7pm and will be free and open to the public. The exhibit will be on display all summer and will include the work of 20+ artists in all mediums.

The Music of Wes Concert will occur on June 2nd at 8pm and will celebrate the music of Wes’ films Tickets are $15 in advance or $17 at the door. Vinyl Countdown will be selling records from most of the artists on Wes’ soundtracks in the lobby during the show. If you want to peruse the awesomeness of his soundtracks, here is almost every song used in a Wes Anderson film: https://bit.ly/1NX40HH.

We commissioned 8 local artists to create a unique film poster for each of the films. Bottle Rocket by Jason Groce, Rushmore by Marshall Hudson, The Royal Tenenbaums by Anne Peyton Sugg, The Life Aquatic by Gil Shuler, The Darjeeling Limited by Seth Deitch, Fantastic Mr. Fox by Becca Barnet, Moonrise Kingdom by Taylor Faulkner, and The Grand Budapest Hotel by Alex Waggoner. The Summer of Wes and Music of Wes posters are designed by Becca Barnet. These specialty poster prints will be for sale all summer at the Box Office.

The Music of Wes:

A Live Musical Concert Celebrating the Soundtrack of Wes Anderson

Featuring Songs from all 8 Wes Anderson Films Including:

“Few directors share Anderson’s ability to dig crates and choose the perfect songs to soundtrack their films…from punk to psych-rock to acoustic Bowie covers tenderly sung in Portuguese, Wes has done it all” (NME). We celebrate Wes’ amazing soundtracks with the Music of Wes Concert. The concert will have 2 sets and feature over ten Charleston musicians playing tracks from all 8 of Wes Anderson film including songs from The Rolling Stones, The Beatles, Cat Stevens, The Velvet Underground, The Ramones, Elliott Smith, Simon & Garfunkel, Devo, David Bowie, The Kinks, The Beach Boys, Hank Williams, Francoise Hardy, & More! The concert will also feature Duda Lucena playing Seu Jorge’s Portuguese David Bowie covers. Kevin Young will be editing footage from Wes Anderson films that will be projected during each song. Come explore the Music of Wes with us!

In Wes Anderson’s first feature film, Anthony (Luke Wilson) has just been released from a mental hospital, only to find his wacky friend Dignan (Owen Wilson) determined to begin an outrageous crime spree. After recruiting their neighbor, Bob (Robert Musgrave), the team embarks on a road trip in search of Dignan’s previous boss, Mr. Henry (James Caan). But the more they learn, the more they realize that they do not know the first thing about crime.

When a beautiful first-grade teacher (Olivia Williams) arrives at a prep school, she soon attracts the attention of an ambitious teenager named Max (Jason Schwartzman), who quickly falls in love with her. Max turns to the father (Bill Murray) of two of his schoolmates for advice on how to woo the teacher. However, the situation soon gets complicated when Max’s new friend becomes involved with her, setting the two pals against one another in a war for her attention.

Synopsis: Royal Tenenbaum and his wife Etheline had three children and then they separated. All three children are extraordinary – all geniuses. Virtually all memory of the brilliance of the young Tenenbaums was subsequently erased by two decades of betrayal, failure, and disaster. Most of this was generally considered to be their father’s fault. “The Royal Tenenbaums” is the story of the family’s sudden, unexpected reunion one recent winter.

Renowned oceanographer Steve Zissou (Bill Murray) has sworn vengeance upon the rare shark that devoured a member of his crew. In addition to his regular team, he is joined on his boat by Ned (Owen Wilson), a man who believes Zissou to be his father, and Jane (Cate Blanchett), a journalist pregnant by a married man. They travel the sea, all too often running into pirates and, perhaps more traumatically, various figures from Zissou’s past, including his estranged wife, Eleanor (Anjelica Huston).

Synopsis: Estranged brothers Francis (Owen Wilson), Peter (Adrien Brody) and Jack (Jason Schwartzman) reunite for a train trip across India. The siblings have not spoken in over a year, ever since their father passed away. Francis is recovering from a motorcycle accident, Peter cannot cope with his wife’s pregnancy, and Jack cannot get over his ex-lover. The brothers fall into old patterns of behavior as Francis reveals the real reason for the reunion: to visit their mother in a Himalayan convent.

Synopsis: After 12 years of bucolic bliss, Mr. Fox (George Clooney) breaks a promise to his wife (Meryl Streep) and raids the farms of their human neighbors, Boggis, Bunce and Bean. Giving in to his animal instincts endangers not only his marriage but also the lives of his family and their animal friends. When the farmers force Mr. Fox and company deep underground, he has to resort to his natural craftiness to rise above the opposition.

Synopsis: The year is 1965, and the residents of New Penzance, an island off the coast of New England, inhabit a community that seems untouched by some of the bad things going on in the rest of the world. Twelve-year-olds Sam (Jared Gilman) and Suzy (Kara Hayward) have fallen in love and decide to run away. But a violent storm is approaching the island, forcing a group of quirky adults (Bruce Willis, Edward Norton, Bill Murray) to mobilize a search party and find the youths before calamity strikes.

Synopsis: In the 1930s, the Grand Budapest Hotel is a popular European ski resort, presided over by concierge Gustave H. (Ralph Fiennes). Zero, a junior lobby boy, becomes Gustave’s friend and protege. Gustave prides himself on providing first-class service to the hotel’s guests, including satisfying the sexual needs of the many elderly women who stay there. When one of Gustave’s lovers dies mysteriously, Gustave finds himself the recipient of a priceless painting and the chief suspect in her murder. 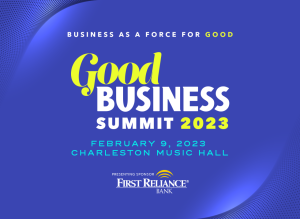 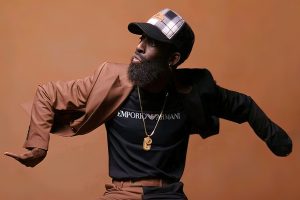 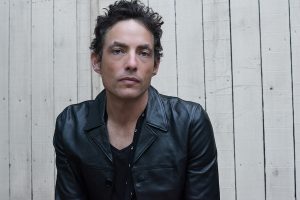